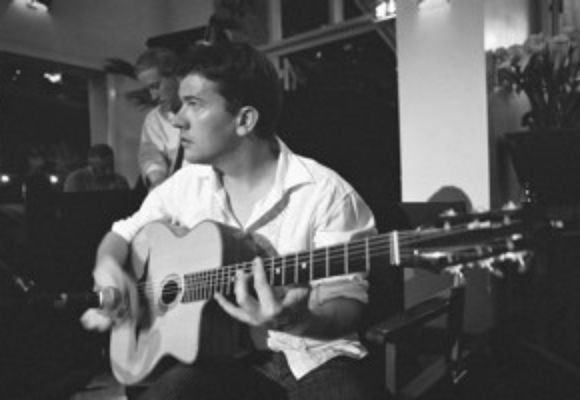 David is a self taught guitarist from Tamworth, Australia who started playing jazz in his early twenties.He became a highly regarded player in the traditional jazz scene of Australia where he performed and recorded with some of Australia's jazz greats including Graeme Bell, Bob Barnard and James Morrison.

Since arriving in the Uk in June 2005 he has made a solid reputation amongst the gypsy jazz and traditional jazz scene and performed with Martin Taylor, Ray Gelato, Enrico Tomasso, Tina May, James Evans and Dave Kelbie.Also a regular on the European festival circuit with such US artists Evan Christopher, Leroy Jones, Rebecca Kilgore, Duke Heitger, Dan Barrett, John Allred and Lilian Boutte.His group the"Australian All stars" featuring Bob Barnard have performed to enthusiastic audiences at the Ascona Jazz Festival for 3 years from 2003.

His musical inspiration comes out of the classic jazz era of the 30's and 40's from the melodies of Ellington,Gershwin, Porter, Carmicheal, Kern and Berlin and the playing of jazz masters Django Reinhardt, Louis Armstrong, Fats Waller, Charlie Christian, Count basie and Nat 'king' Cole.His personal style is influenced by all these players especially the guitarists Django Reinhardt and Charlie Christian while keeping the music fresh with new ideas and arrangements out of the tradition.