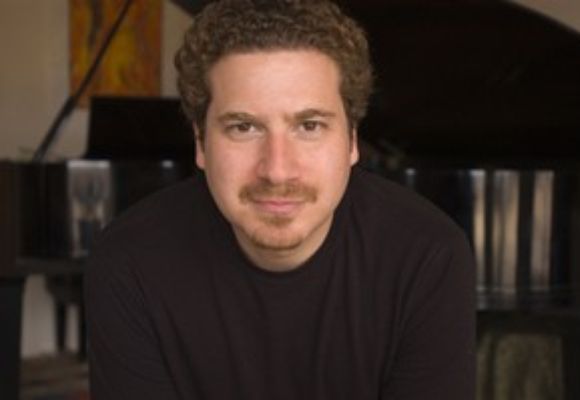 Jazz Pianist and composer Kevin Hays has now recorded nearly a dozen CD's as a leader including 3 critically acclaimed recordings for Blue Note Records : His 'Seventh Sense' CD was recognized as one of the 'Top 40 Jazz Releases of the Year' by Musician Magazine and praised by The New York Times. His trio recording for that label which featured Jazz legends Ron Carter and Jack DeJohnette was awarded 4 stars in DownBeat Magazine.

Over the past 10 years, Kevin has performed extensively with his Trio which includes bassist Doug Weiss and drummer Bill Stewart. He also has recorded and toured with The Sangha Quartet, a band which he founded featuring tenor saxophonist Seamus Blake.

In addition to touring with his own groups, teaching and performing Solo Piano concerts, Kevin has also played and recorded with some of the most prominent and influential musicians in Jazz. A partial list includes Sonny Rollins, John Scofield, Benny Golson, Roy Haynes, Chris Potter, Al Foster, Joe Henderson, Buster Williams, Art Farmer and Joshua Redman.

The last 3 years have been productive ones for Hays. His recent recording activity includes the Solo Piano CD 'Open Range' released on the ACT label, the launching of PinonDisk Records, his own label with which he has released his Trio recording 'What Survives' which, along with his own compositions, features arrangements of classical works by Johannes Brahms, Robert Schumann and Anton Webern.

2006 saw the release of a new trio CD, his first devoted to Jazz Standards and The American Songbook, 'For Heaven's Sake' which received the prestigious Coups de Coeur Award in France, The Best of 2006 in The New Yorker Magazine and Four Stars in JAZZMAN Magazine. His 2007 release, 'The Dreamer' for the groundbreaking and Grammy Winning web-based company, ArtistShare, is his most adventurous recording to date (2 years in the making) and features a new set of Jazz compositions and songs including Vocal performances by the pianist; yet another facet of this ever inventive and prolific musician.