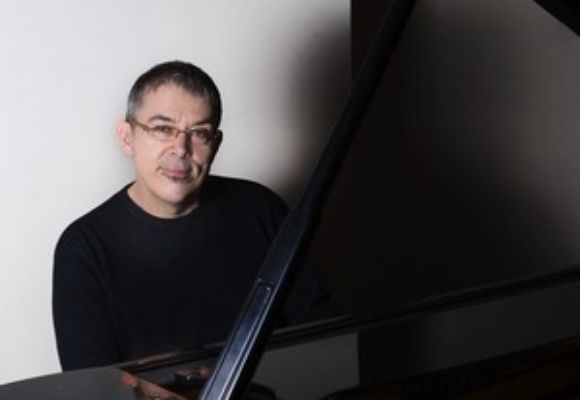 Pianist, composer, educator Bob Albanese, a native of Newark, New Jersey, is one of the most versatile voices in jazz and contemporary music on the New York scene today. His music has been received by audiences from Europe to Japan and has been described as swingin', inspired, , laced with humor, effortless and beautiful. One listener recently commented about a live solo recording from a Hawaii Public Radio performance he gave in 2002, "This recording has had a positive influence on my emotional life". The legendary pianist and composer, Clare Fischer, after hearing a solo performance Bob gave in Los Angeles in 2006, said that he thoroughly enjoyed Bob's originality, harmonic and rhythmic depth, and fluency of ideas. The Kansas City Star wrote of Albanese in performance with a formidable jazz orchestra, the light fluid touch of pianist Bob Albanese, who deserved more solo space, was outstanding and notable.

Equally at home in jazz, Latin, pop, and theatrical musical settings, Albanese has worked with a wide stylistic cross section of artists, many of considerable fame. Some of the notables he has performed, arranged and/or recorded with include Anita O'Day, Buddy Rich, Warne Marsh, Rita Moreno, Herb Ohta, Datevik Hovanesian, Leslie Uggums, Daphne Rubin Vega, Bill Watrous and a host of other Jazz artists ranging from Cab Calloway to Freddie Hubbard to Branford Marsalis. He has been based in New York since 1980, but has also spent a fair amount of time on the road performing all over the continental U.S. and Hawaii (where he stayed for 2 years in the mid 90's), Europe, Japan, Russia, South America, Mexico and the Caribbean. While in Hawaii he acted as pianist for the Honolulu Symphony Pops and did numerous recordings and live performances with local and national artists including Phil Woods and James Ingram. While there, he also recorded his first solo album as songwriter/multi keyboardist and vocalist entitled "The Love Within" for the Tropicool Jazz Label. His longest stint of steady employment in N.Y.C. came in 1989 when he was hired as house pianist at the legendary Rainbow Room, playing there for a number of years as alternating Latin and American Jazz pianist. He also performed there as a solo pianist for some time upon returning to NYC from Hawaii. As a studio musician, he has played and /or composed and arranged for over fifty commercial recordings throughout his years in New York (four under his own name); as well as music for film and T.V. His clients have included Sesame Street and Oprah Winfrey. In 2001, he was selected to serve his country as a Jazz Ambassador and led his band, Café Simpatico in performance, workshops and cultural exchange throughout war torn former Yugoslavia. He is presently accompanist for Ben Vereen and performs with him regularly as group pianist and as solo accompanist for Mr. Vereen's keynote speaking/performing engagements. He has been on the adjunct jazz faculty of NYU's Steinhart School since 2001, and the LaGuardia High School of Music and Art since 2004. Conversely, Albanese, a perpetual student, was granted a scholarship in 2002 to complete a B.M. and M.M. at the prestigious Manhattan School of Music in Jazz Composition. He met the challenge head on and while under the M.S.M. umbrella composed a number of new works including a Jazz Philharmonic piece entitled Samba Esperança that was performed by the Cincinnati Conservatory Philharmonic in April of 2006. He completed his formal degrees, BM and MM in May 2006 graduating with honors, receiving the William C. Borden award [for outstanding achievement in the field of Jazz]. He has composed a number of original works including songs with lyrics, jazz tunes, pieces for Philharmonic Orchestra and numerous pieces for Jazz Orchestra. Recently, Café Simpatico has expanded to an 18-piece big band and is playing Albanese' originals. He is planning performances in the NYC area in the near future. As an educator, he is personable, informed insightful and focused on the needs of others:

"I have had the good fortune to learn from great mentors like Dennis Sandole in Philadelphia, Warne Marsh and Kenny Barron in New York, and Herb Pomeroy, Michael Gibbs and Madame Chalof in Boston. I went to Berklee in the mid 70's but left after my second year. I went down to Atlantic City for the employment opportunities casino gambling seemed to promise for working musicians. I soon grew disenchanted with that environment and decided to move to New York. Shortly after I joined Buddy Rich's band and toured every small town from Long Branch N.J. to Baker, Montana. Since then my life and career has taken many turns, all enriching in some way or another. But even with all that enrichment in my arsenal, I have to say I learn the most by creating. And one of the most creative activities for me is teaching. I am a people person. I believe everybody has a story to tell. Where I can be highly effective is in the art of nurturing dedicated individuals to tell their story in musical terms. I enjoy the process of assisting and nurturing individuals in the language of music. It's like witnessing a miracle when you see someone gain a fluency they never had before, allowing them to visit portals of their being that they didn't know existed. I enjoy teaching the piano and I am naturally a proponent of the art of improvisation. I also enjoy working with vocalists, songwriters, and composers. I can help singers strengthen their personal style and to learn the basic skills of reading and writing music, ear training, transposing lead sheets and accompanying themselves if they so desire. I am open to motivated beginners. Simplifying complex information is a constant challenge and I always learn something from it in the end. In short, I get results.