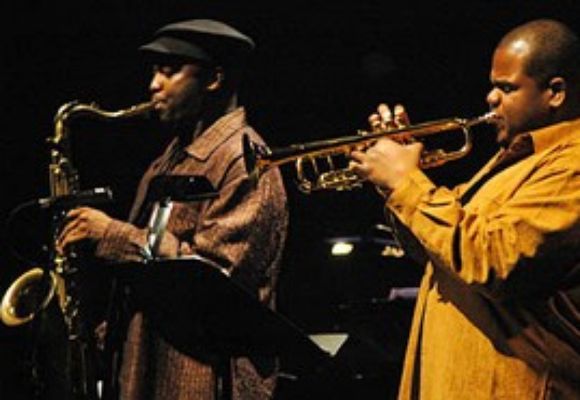 Curtis Taylor has musical abilities that far exceed that of your average musician. No doubt it's because the talented jazz trumpeter and bandleader has studied and performed with some of the world's most renowned jazz masters. He was a participant in the 2003 Gibson/Baldwin Grammy High School Jazz Ensemble. He was one of only two from Ohio that was selected to be in the ensemble.

Taylor's musical successes are featured in Kaleidoscope magazine's 2004 February issue. Also in 2004, Taylor collaborated with fellow trumpeter Donald Malloy to form the group Two of a Kind. Two of a Kind has performed at many venues throughout the mid-west. Some highlights include The Serengeti Ballroom in Detroit, MI, The Crawford Grill in Pittsburgh, PA, and Nighttown in Cleveland Heights, OH. Two of a Kind has recorded on the sound track of an independent film entitled Man Cry that was scheduled for released in fall 2005.

In the fall of 2006, Taylor attended Generations 2006 a music workshop that was held in Switzerland. At the workshop, Taylor was selected to perform in the Generations 2006 Award band that was scheduled for a European tour last fall. For the past three years, Taylor has had the esteemed pleasure to work w/ Grammy nominated artist Gerald Wilson and his Bigband at the 26th, 27th and 28th annual Detroit International Jazz Festival as one of the featured soloists.

Most recently, after completing his bachelor's degree from Michigan State University, Taylor moved to the New York area to pursue his master's degree at Rutgers University. Since the move, he has done several gigs w/ the Winard Harper Sextet, is a member of Neal Smith's newest project and has performed at the Kennedy Center w/ acclaimed pianist Cyrus Chestnut. Taylor's performance w/ Cyrus Chestnut was recorded live for NPR's Jazz Set hosted by Dee Dee Bridgewater.