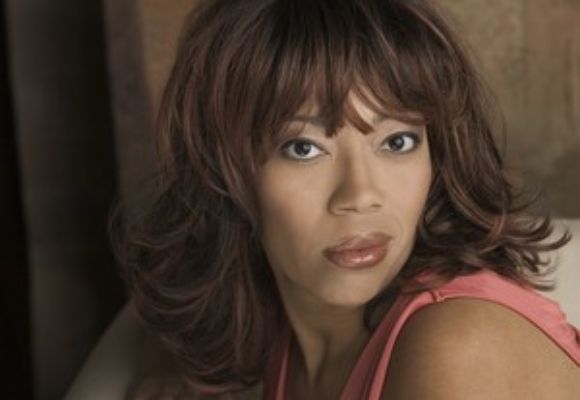 Soulful. Charismatic. Powerful. These are some the words that describe this pure talent that is Leslie Casey. Blending the musical styles of Sarah Vaughn, the powerful vocals of Jill Scott and the sultriness of Sade, you will find Leslie's voice just as dynamic and commanding as her predecessors.

Leslie's unique musical style is considered Jazz fusion a combination of jazz and funky Neo-soul. Leslie's music gives you a baseline groove while staying in the tradition of contemporary and standard Jazz. This sassy sound should generate a completely new listening audience that will not only enjoy but also appreciate this style of music.

This new artist on the rise released her very first four song EP aptly entitled "Take a Chance" in March, which is an eclectic grouping of Jazz, R & B, and Neo soul. Leslie takes a sultry turn to the Burt Bacharach classic "Look of Love" and "Old Black Magic" takes you back to that classic jazz swing with incredible vocal control. While "Take a Chance" has a hip jazz-neo soul favor and "A Dedication to You" a ballad for her mother, takes you back to her R & B roots.

Leslie was born on May 14 in Pittsburgh, Pennsylvania, to Eunice Casey (deceased) and Richard Wilson. As a young girl, Leslie excelled in academics and music. She began singing at the age of four, because of her mother's genes and love of music. Her mother was an avid singer in her day that also played the violin. In addition, her mother introduced her to artists such Chaka Khan, Stevie Wonder and Patti LaBelle. At the same time, Leslie was drawn to the jazz sounds of Dinah Washington and Phyllis Hyman to name a few. Leslie's father who had his own acappella group is still a local blues singer. So, naturally was only a matter of time before Leslie would follow suit.

"When I realized that I could sing, I felt compelled at an early age to perform on stage. Something in my heart knew I was supposed to be doing this. It just felt right."-- Leslie

Leslie's vocal abilities landed her several wins at local talents shows leading to local exposure as a semi-finalist for the Coors Light Super Talent Showcase. She also had a two year-run as one of the singers of Pittsburgh's famed Glorious Rebirth Performing Troupe under the direction of the renowned Birdie Nichols. After a move to Washington, DC, Leslie continued to perform at various events for Glynn Jackson Productions, Barbizon Modeling School, Bowne and Company, University of Maryland, Wal-Mart and local weddings. Finally, Leslie made the decision to make the big move to New York to pursue singing full time.

Along with singing, Leslie was exposed to other interests by her teacher and mentor in middle school, Rebecca Hamilton. She began placing Leslie in lead roles in various school plays, as a way to showcase Leslie's other talent: acting. Leslie gave a memorable performance as Eveline in "The Wiz" and a powerhouse solo performance in the play The Leader of the Pack. At Montgomery College, she appeared in three musicals: The Mystery of Edwin Drood", "Working," "and The World Goes Round." In the latter, she brought down the house, (also showing some dancing skills) with her electrifying rendition of All that Jazz, a scene that was supposed to be in the middle of the show but ended up closing the first half because of her captivating performance.

"I have such a passion for the arts; whether I'm singing or acting I'm so at home on stage and that is a wonderful feeling for me. Plus, it is nice to give joy to other people who really appreciate my performance." - Leslie

Along with her busy schedule, Leslie has managed to earn an associate degree in Theatre from Montgomery College, a B.A. in Humanities from the University of Maryland currently in her last year to receive a M.S. in Public Relations. In addition, she is a member of the Phi Theta Kappa International Honor Society. In 2006, Leslie also attended the prestigious Lee Strasberg Theatre and Film Institute and TVI Studios in New York City.

Leslie has created her own entertainment company LC Productions and Entertainment to expand the band's exposure and create other ventures in the future. In 2008, she will be working on a full length CD under her own label Juni records. Currently, Leslie and her band are regulars at the River Room of Harlem and Twin Jazz in Washington, DC. Now, they will be seen in other cities by via festivals and colleges.

Her band features an internationally diverse group of musicians that will give Leslie solid and electrifying performances. So, watch out, it is only a matter of time that you see this sultry singer gracing your nearest stage.