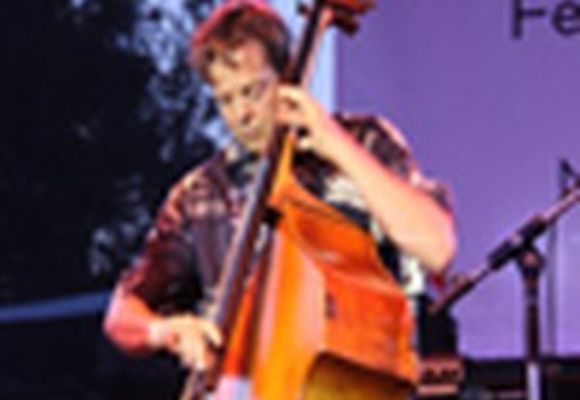 Acclaimed by critics for his technical mastery and his subtle, elegant artistry, Burr formed his own quartet in 1991. The Jon Burr Quartet has performed widely in New York clubs such as Birdland and the Blue Note, specializing in Burr's own compositions. The quartet recorded their first album in April 1993, which was issued February 1996 by Cymekob Records under the title "In My Own Words." This recording has been well received by critics; Jazziz Magazine wrote: "This is a terrific recording."

This was followed by the release of a second recording called "3 for All," featuring Sir Roland Hanna and Bucky Pizzarelli, and led by Jon, also issued by Cymekob, on June 25, 1996. This release was edited and mastered by Jon at jbQ, a studio he started in 1996, which also features Jon's graphic design services for print and internet. Jon's mastering credits also include the first Hot Swing release on Mark O'Connor's OMAC label, as well as releases by New York vocalists Mary Conklin and Catherine DuPuis.

Jon also has Broadway performance credits that include the bass chair for the revival "Me and My Girl," the short-lived sequel "The Best Little Whorehouse Goes Public," and performances including "Grand Hotel," "Gypsy," "Blood Brothers," "Sideshow," "Song & Dance," and "Jerome Robbins Broadway." Jon has also served as house bassist for the 92nd St Y's "Lyrics and Lyricists" series, and performed for the Drama Desk and the MAC Awards shows.

Jon has more recently performed at Trumpet's Jazz Lounge with Houston Person, Eartha Kitt's 80th Birthday Celebration at Carnegie Hall for the JVC Jazz Festival, at the Cafe Carlyle with Rita Moreno, as well as at the first two Django Reinhart festivals at New York's Birdland, appearing on the Atlantic Records release of that event, guested with Les Paul at Iridium, and appeared as a featured guest with the New York Pops Orchestra, performed onstage with Barbara Cook in her solo show "Mostly Sondheim" at Lincoln Center's Vivian Beaumont Theater, the Terrace Theater at the Kennedy Center in Washington, D.C., Feinsteins' at the Regency, the Cafe Carlyle, and other venues around the US. Performances with Hot Swing have included California's Strawberry Festival, appearances at Lincoln Center Jazz in NYC, and a record release tour for "In Full Swing," (Sony Odyssey) with guests Wynton Marsalis and Jane Monheit.