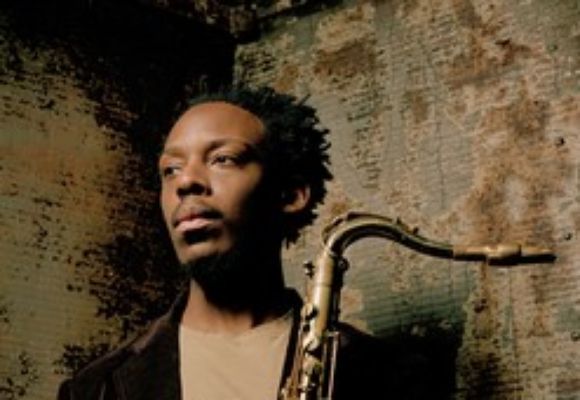 It has already been an exciting career for Miami-raised soprano and tenor saxophonist Marcus Strickland, who: was named 'Best New Artist' in JazzTimes Magazine's Reader's Poll '06; has two releases on Fresh Sound New Talent Records as a leader ("At Last" and "Brotherhood"); and currently plays with Dave Douglas, Jeff 'Tain' Watts, and Will Calhoun. Strickland also recently ended a five yearstint with legendary drummer Roy Haynes. Although the aspiring saxophonist has been on two grammy nominated recordings in a row ("Fountain of Youth" - Roy Haynes & "Keystone" - Dave Douglas), the most intriguing part is that Strickland's career has just begun. This is definitely indicated by his latest venture... Strick Muzik - his own record label, which was launched in 2006 with an adventurous double CD project featuring two bands of his and appropriately titled with a play on words "Twi-Life". Open Reel Deck is Marcus Strickland's exciting new release on Strick Muzik - it is a live recording of his acclaimed Twi-Life Group (Lage Lund on guitar, Carlos Henderson on electric bass and E.J. Strickland on drums) that features trumpeter Keyon Harrold, the hip-hop-tinged poetry of Malachi, and one track with pianist Jon Cowherd. Throughout the electrically charged atmosphere of "Open Reel Deck" the Twi-Life group displays the curious side of Marcus' compositional skills through funk, hip-hop, afro beat, rock, ska and jungle grooves, while also showin' off the versatility of his twin brother E.J. on the drums. This recording captures the unveiling of Strickland's new fresh sound to an audience at the Jazz Standard on April 3rd, 2007. The music, as described by Budd Kopman of All About Jazz, "was very powerful, with some of the deepest grooves I have heard in a long time. The extremely solid team of Henderson and E.J. Strickland laid down African rhythms combined with funk as Henderson played long vamp lines that had a strong accent on the first beat of the measure. Without even a hint of 'swinging' triple time, the rhythm section created an extremely strong-body feel, which all the musicians, especially the trumpeter Harrold, and the audience could not help but move to."

In middle school his first band teacher immediately recognized Marcus' talents. Because Strickland started on the alto saxophone at the age of 11 with a deep interest in jazz, his teacher already had him learning Charlie Parker solos by the age of 12. It was not long after that when both Marcus and his equally talented brother decided to pursue a career as jazz musicians. Because of the saxophonist's understanding of music education's importance, Strickland also participates in Jazz Reach - an educational program founded by Hans Schuman that integrates film, narration and live music to educate children about jazz. He has gained professional & artistic integrity through experiences with Lonnie Plaxico, Nicholas