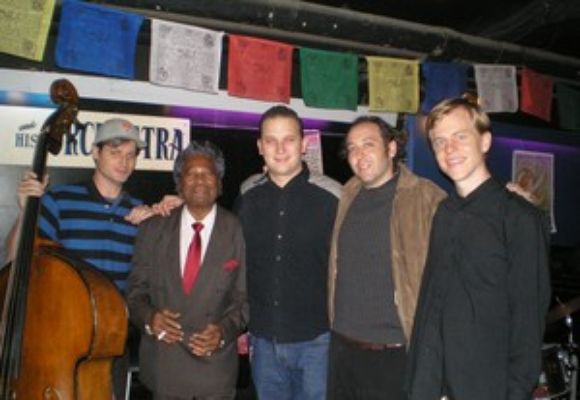 I must have been born to sing the blues cuz I started singing the blues early." Freddie Nelson was born in Florida in 1935. He began singing professionally while in high school performing throughout Florida with a local swing band. Freddie moved to New York in 1959 at the height of the jazz scene and took up residence in Harlem where he still resides. Here he would sit in with friends from Florida who had become established jazz artist in New York including Junior Cook and Blue Mitchell. This led to regular engagements throughout Harlem at the Palm Cafe, The Top Club, and The Baby Grand. Later on he performed at the Village Gate. In the 1990s he began performing at a Sunday night jazz showcase in the West Village. Here he met Gabe, Reid, Dan and Gasper and they formed a group called The Swingers of Jazz. Since then they have performed throughout New York. Freddie is very influenced by Frank Sinatra and has a complete knowledge of the jazz songbook.