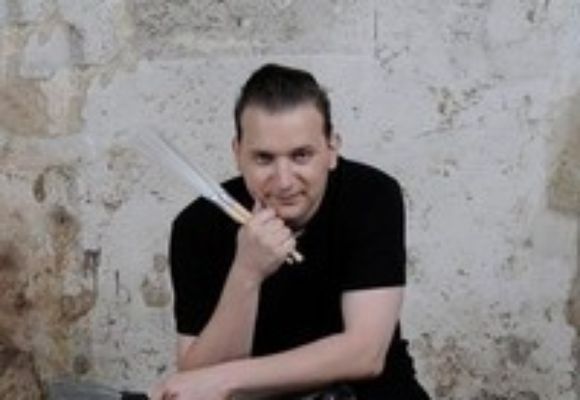 Gasper Bertoncelj was born in 1978 in Kranj, Slovenia. His musical path began with the trumpet and continued at the age of thirteen when his mother bought him his first drumset. Gasper proceeded to join the Citys Marching Orchestra and his first jazz band. While in high school, Gasper regularly took private lessons from the best drummers and percussionists in Slovenia and started to familiarize himself with the Slovenian music scene.

After high school Gasper decided to pursue a professional career in music. He moved to Linz, Austria and studied music and drums at the Bruckner Konservatorium. There Gasper had the opportunity to study with world-reknowned musicians such as Doug Hammond, Allan Praskin, Jeff Beaudreaux, Harry Sokal, and Peter Tuscher. In June 2002 Gasper received a bachelors degree in jazz performance with honors.

In the fall of 2002 Gasper moved to New York City and began to study at The City College of The City University of New York with scholarships from the Slovenian governmentMinistry of Culture and Ministry for School and Sports. There he studied with professors such as John Patitucci, Victor Lewis, Billy Drummond, Andy Watson, Scott Reves, and Fred Hersch. On June 3, 2005, Gasper received his Master of Arts degree from City College.

Currently, Gasper continues to perform with many of the artists and bands mentioned above. Gasper Bertoncelj views 2008 as a very special year as he takes on the roles of leader, producer, composer, arranger and drummer on his debut recording CAUTION! Hard Hat Area! from New York City based label, Arabesque Recordings.