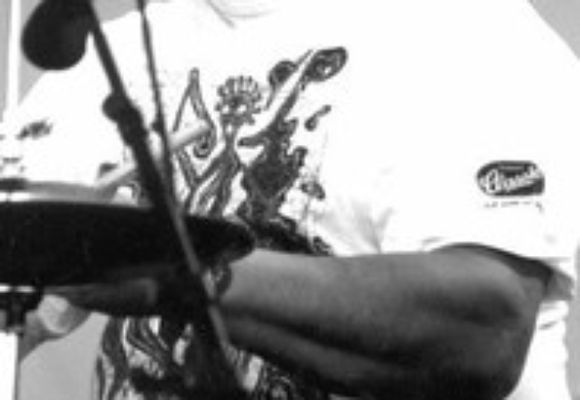 Legendary jazz drummer, Jimmy Cobb, was born in Washington, D.C. on January 20, 1929. A superb, mostly self-taught musician, Jimmy is the elder statesman of all the incredible Miles Davis bands. Jimmy's inspirational work with Miles, John Coltrane, Cannonball Adderly and Co. spanned 1957 until 1963, and included the masterpiece "Kind of Blue", the most popular jazz recording in history. He also played on "Sketches of Spain", Someday My Prince will Come", "Live at Carnegie Hall, "Live at the Blackhawk", "Porgy and Bess", and many, many other watershed Miles Davis recordings.

Jimmy did his first recording with Earl Bostic and played extensively with Dinah Washington, Billie Holiday, Pearl Bailey, Clark Terry, Dizzy Gillespie, Cannonball Adderly, before joining Miles in 1957. by 1963 Tony Williams took over the Miles drum chair in 1963 and Jimmy left Miles to continue to work with Miles' rhythm section, Winton Kelly and Paul Chambers behind Wes Montgomery. In addition to several Winton Kelly Trio Albums, the three did albums with Kenny Burrell, and J.J. Johnson, among others, before disbanding in the late 60's.

In the early 90's a Television Special produced by Eleana Tee featured Jimmy playing and hanging with Freddie Hubbard, the late Gregory Hines, Bill Cosby, Dave Leibman, Pee Wee Ellis, and others. Jimmy has played around the world from Newport to Monte Carlo, from LA to Japan. He has performed for both Presidents Ford, and Carter, the Shah of Iran and many other dignitaries in his storied career, and is quoted extensively in "Kind of Blue", the Documentary of those legendary recording sessions as well as Writing the forward for the Book --Kind of Blue-- the making of the Miles Davis Masterpiece in 2000.

In 2002 Jimmy completed a "Four Generations of Miles" album with guitarist, Mike Stern, Ron Carter (bass), and George Coleman (tenor) for Chesky records. Other releases include his long awaited solo album, "Yesterdays", produced by Eleana Tee for Rteesan Productions. It features Michael Brecker on tenor, Marion Meadows on soprano, Roy Hargrove, trumpet and flugelhorn, Jon Faddis, trumpet, Eric Lewis, electric piano, Peter Bernstein, guitar, and John Weber on bass. This album was done in Jimmy's two adopted home towns; recorded and shot in New York, and mixed and edited in Woodstock, NY. It includes a wide variety of arrangements ranging from a unique interpretation of Jimi Hendrix "Purple Haze" to ballads "Yesterdays" and blues (All Blues, Faddis, Monk) and standards, "Without a Song" and "Love Walked Right In". This major musical statement will include several music videos and a complete television documentary.

Later, Jimmy's Albums New York Time, Cobb's Corner and West of 5th, Produced by Eleana SteinbergTee and David Chesky were released. Jimmy's Album New York Time played by Jimmy, Christian McBride, bass, Javon Jackson, tenor sax, and Cedar Walton, on piano incorporates songs for all moods. West of 5th features Jimmy, accompanied by Hank Jones on piano and Christian McBride on Bass, in this compilation of songs is a ballad written by Mr. Cobb in tribute to his late younger sister Eleanor. And In 2007 Cobb--s Corner was released, played by Jimmy, Roy Hargrove, Ronnie Mathews, and Peter Washington AKA The Jimmy Cobb Quartet.

Jimmy remains active, not only in New York City, where he leads Jimmy Cobb's Mob but on the international circuit including Japan, China, Netherlands, France, Germany, Italy, & South Africa.

TEACHING: Jimmy is constantly being approached to teach what he knows and loves to aspiring jazz musicians all over the world. Jimmy travels every year for the last 9 years to Stanford University to teach Master Classes for the University's Jazz Workshop. He has taught for Parsons: The New School for Jazz and Contemporary Music in New York City, at the University of Greensboro in North Carolina, for The International Center for the arts at San Francisco State University, for St. Francis Xavier University in Nova Scotia Canada, and at numerous educational institutions throughout the globe. In February, Jimmy will be teaching and performing at the University of North Florida for their Great American Jazz Series  Concert. In March, Jimmy will be returning to the West coast to teach at San Francisco State University International Center for the arts. In April, Jimmy will be taking part in Jazz Presents: Miles and Miles (Concert 2) at The New School for Jazz and Contemporary Music.