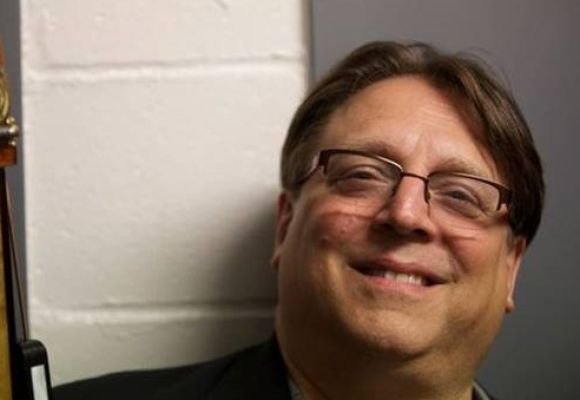 Steve LaSpina has been a prominent bassist on the New York and national scene for over twenty years.

During that time, he has played and recorded with many great musicians in jazz history. He was a regular band member, toured and recorded with saxophonists Benny Carter, Stan Getz and Phil Woods, vocalists Joe Williams and Mark Murphy, trumpeters Clark Terry, Chet Baker and Randy Brecker, and guitarist Pat Martino. He has spent the last decade traveling around the world and recording with the legendary guitarist Jim Hall, has appeared on six of his recordings, including These Rooms featuring Tom Harrell.

LaSpina has appeared on many of the world's foremost jazz festivals, including the North Sea and Umbia Jazz Festivals. He has been featured on a number of prominent jazz recordings such as the Return with Pat Martino. He ha also recorded several CD's and albums under his own name, including The Road Ahead featuring Jim McNeely on the Ram Record label and Distant Dreams on the SteepleChase label featuring Fred Hersch and Ben Monder.

An respected teacher, LaSpina has been on the faculty at William Paterson University since 1999 and prior to that taught for seven years at New York University and The College of St. Rose. He is also a busy clinician, with presentations at The Berklee College of Music Skidmore Jazz Institute and annually at the William Paterson's Summer jazz Workshop.

LaSpina also has a great dedication as a composer of both jazz and classical music. He has been featured as a guest composer by the Jazz Composers Collective of New York City, and was awarded a Jazz Fellowship by the Pennsylvania Council on the Arts for performance and composition. He has recorded over 75 original tunes on the Steeplechase and Ram record labels.