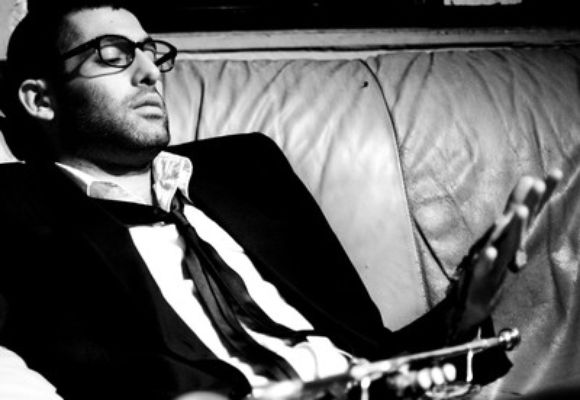 Described by the Jerusalem Post as A rising star in today¼s jazz music world, Itamar Borochov brings a unique sound with him wherever he goes. Deeply immersed in the Jazz tradition, Borochovs search for his personal roots resulted in an ever-expanding love for Arab and Pan- African musical sensibilities  a natural palette for a trumpeter-composer raised in Jaffa, an integrated Muslim-Jewish-Christian city.

Borochov has performed in prestigious venues and festivals around the globe, such as Lincoln Center (NY), The Kennedy Center, (Washington DC), Summer Stage at Central Park (NY), Roskilde (Denmark), Ethnoport Festival (Poland), Moscow Jazz Festival, and more. He has performed at music showcases such as Babel Med, Womex, and International Exposure.

Borochov fell in love with Jazz in his teens, and dedicated himself to its study, eventually moving to New York in 2006, to attend The New School for Jazz and Contemporary Music. There he studied with Junior Mance, Charles Tolliver, Jimmy Owens, Cecil Bridgewater, Jo Chambers, and quickly gained international recognition as a young innovator on today¼s Jazz scene.

Since then, Mr. Borochov has had the privilege to both perform and record with legendary artists such as Curtis Fuller, Candido Camero, Arnie Lawrence, Bobby Sanabria, and contemporary greats including Aaron Goldberg, Greg Tardy, and Omer Avital.

Alongside touring worldwide with the Itamar Borochov Quartet, Mr. Borochov is serving as trumpet player, arranger and co-producer for acclaimed world music sensation Yemen Blues, together with his friend and collaborator Ravid Kahalani.

While deeply immersed in the Jazz tradition, Borochovs search for his personal roots resulted in an ever-expanding love for the musical traditions of the Arab world. Resulting in collaborations with the great Jewish-Moroccan liturgist Rabbi Haim Louk, performing and writing for The New Jerusalem Orchestra, and recording with Israeli rock star Dudu Tassa.

Nowadays, Itamar is quickly gaining international recognition as a young Jazz innovator. His music reflects on his rich global-landscape through the Jazz tradition. We cant wait to hear where he goes next.

Borochov¼s expressive horn delivers an outpouring of emotions throughout this album, creating intense mood music that sings, sighs, and cries,[and] delivers rhythmically rich and melodically focused music. Some pieces speak of sadness and sympathy, while others excite, but all of the music is transmitted with sincerity.

Borochov speaks the language of a true jazz artist striving for the vital union of emotion and technique.

We come across a cat that can embrace the tradition without using it as a crutch and beating it to death. This trumpeter approaches things from a different angle. Compelling, interesting stuff that resides firmly in it¼s own time zone, this is grandly innovative stuff that isn¼t envelope pushing just for the sake of it. This is a young lion you better pay attention to.