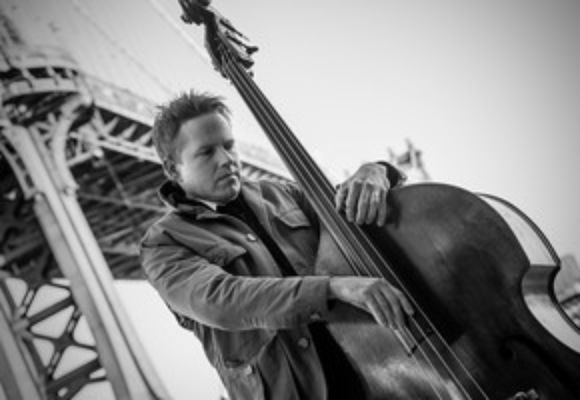 4 Stars from the Sydney Morning Herald:

"All the world was a stage for Shakespeare. For US bassist Matt Geraghty it's a palette of sounds. He draws on elements of Indian, North African, Latin and Gypsy music to infuse and thicken his highly melodic compositions, doing so with a lightness and lack of self-consciousness that sets him apart from much fusion. Each piece is a touchdown at a new destination, accompanied by a cast including the gorgeous Polish singer Anna Maria Jopek and pianist/accordionist Gil Goldstein. Fans of Pat Metheny and Chick Corea will quickly latch on, but Geraghty's singularly appealing ideas are all his own. Beautiful and very accessible, this could be the pop music of a more sophisticated planet." -John Shand, Sydney Morning Herald 2012

Matt Geraghty is a bassist without borders, a sonic traveler whose musical pursuits have drawn him to the local music scenes on four continents. Geraghty has collaborated with musicians from Brazil, Colombia, West Africa, Japan, India, and Trinidad, and has journeyed deep into the musical enclaves of Spain, France, Portugal, Cuba, Colombia, and the Philippines.

Drawing inspiration from Pat Metheny's melodic clarity and Herbie Hancock's moody, electric grooves, Geraghty crafts a global sound that's rooted in the style of contemporary jazz. His compositions are both atmospheric and tuneful, serving as compelling narratives of the journeys that continue to shape his musical style.