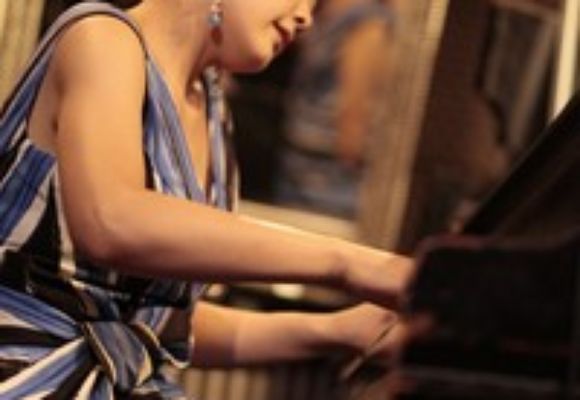 Kyoko Oyobe is a pianist from Japan.  She started playing piano at the age of four.  At the age of seventeen, her mother started inviting famous Japanese musicians such as Terumasa Hino to have the concerts at her parent’s house. At the age of nineteen, she was greatly inspired by the live performance of Kensaku Tanikawa and began playing jazz piano. In 2000 she started traveling to New York. She studied under Frank Hewitt and Gil Coggins. In October 2005 she moved to New York and started performing at New York City’s renowned jazz clubs, such as Smalls jazz club and Fat Cat now regularly with her own band. In December 2008 she made a live recording of her original music with her trio at Smalls jazz club, and her album “ Cookin’ at Smalls ” was released in 2009.

The review at All About Jazz New York, Italia.

Her musical collaborators and audiences all say that she created her original unique sound in music.