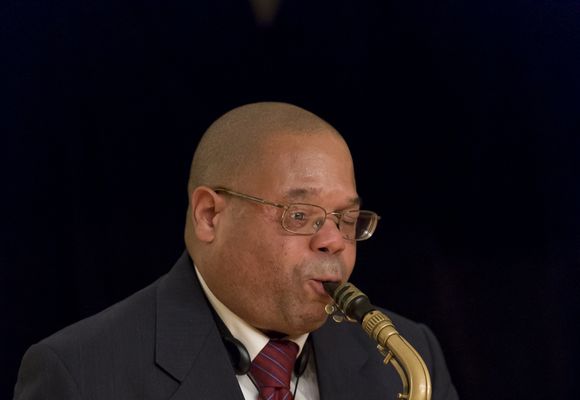 Zaid Nasser  is one of the most authentic voices on saxophone today. As the son of jazz and blues great, bassist Jamil Nasser (neé George Joyner), Zaid was born and bred on the jazz scene. As a young saxophonist, he often spent his days with Papa Jo Jones, getting lessons in jazz and life from Father Time himself. Early on, he was sitting in with Lou Donaldson and George Coleman. He has been on the New York scene now for nearly thirty years. He's played with Cecil Payne, Junior Cook, Jon Hendricks, and Harold Mabern. He spent three years with Calvin Newborn's band in Memphis, crisscrossing the south and playing in roadside juke joints, developing a rich, deep sound all of his own. Zaid worked for three years with organist Bill Doggett, and spent another three with Panama Francis in the Savoy Sultans. At the original Smalls under Mitch Borden, he was a regular feature for nearly a decade, leading his own quartet, co-leading a quintet with altoist Mike Mullins, as a sideman in the Across 7 Street Septet, and as a part of the Frank Hewitt's legendary Saturday late night quintet. He was earlier featured on two tracks as a part of Jazz Underground: Live At Smalls on Impulse Records (IMPD245). His talents have also been recognized by saxophonist/producer Ned Otter and included on his album The Secrets Inside (TF004CD) released by the Two And Four Recording Co.