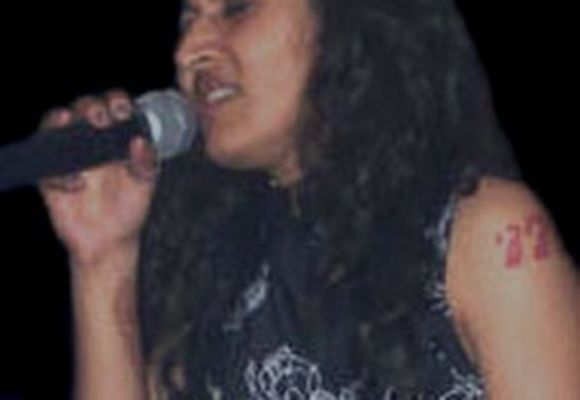 Satya is a vocalist trained in the South Indian classical music tradition and performs different genres of music including jazz, fusion, classical and vocals for Bharatanatyam and Kuchipudi. Originally from Bombay, India, she has performed at Carnatic music festivals there, along with being an award-winning performer of western and fusion music at prestigious college festivals such as the IITs Mood Indigo. Currently based in Chicago,

Satya works with the Matt Geraghty Project as vocalist for their original jazz and improvisation oriented music and also contributes with lyrical and compositional elements.

She has performed with them at famed venues around Chicago including the Green Mill, Pops for Champagne, the Museum of Contemporary Art and HotHouse. With MGP, she was on tour in 2005 in Rio de Janeiro to perform and record for an upcoming CD.

which has received rave reviews across the US and abroad.

She has collaborated with Carlo Basile of Las Guitarras de España on their latest CD, Un Respiro por El Mundo and has performed with Las Guitarras at venues in and around Chicago.

In March 06, Satya had the unique opportunity to jam with Colin DCruz and his Jazz Junction in Bombay.