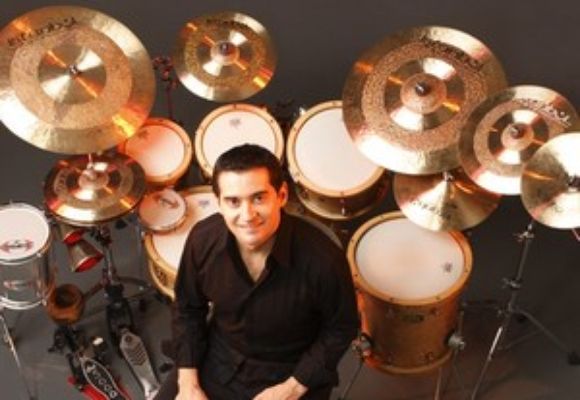 Adriano Santos was born in São Paulo, Brasil in 1966. Part of a new generation

of Brazilian drummers, he began his drum studies at the age of twelve at Zimbo

Trio Music School ( CLAM) in his hometown. In 1988 he moved to Boston to study

at Berklee College of Music where he acquired his B.A. in Film Scoring.

Moving to New York in 1995, Adriano started his Masters Degree at City College of

legend Ron Carter. As a professional he has performed with top international

Eileen Ivers, Paul Winter and the Boston Pops, to name a few.

Samba Jazz Quintet and the Afro- Brazilian band Hanhanhaes. He has also

recorded "Pretty World", a project produced and arranged by the great Eumir Deodato

Mr. Santos has produced publications in specialized drum magazines and has