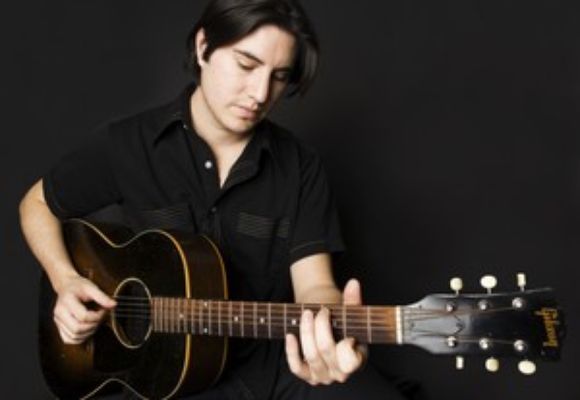 After graduating High School, Mike quickly moved to New York City to attend the New School University with the highest scholarship the school had ever given to a guitar player. He soon began playing gigs, working his way into the New York Jazz scene. After several years of paying dues with many bands around town, Mike gained the recognition needed to be called to perform and tour with some of the biggest names in the jazz world.

Mike Moreno is becoming a hot item on the New York jazz scene. His agile guitar playing has attracted the attention of major artists such as Jeff Tain Watts, Greg Osby, and Kenny Garrett...

Mike Moreno is a masterful composer, with a sense of sophistication that belies his age, and an extraodinary improviser...

Leading his own band, Mike has recently released his debut CD "BETWEEN THE LINES" on World Culture Music. The band is a quintet including tenor and piano, playing all his original music. And even more recently has recorded his follow up record for the renowned Jazz Label -Criss Cross Records. His compositions have been called "masterful," and written with "sophistication that belies his age." With the attention already received, Mike is pushing himself to have his voice defined in music, both as a sideman and as a band leader.