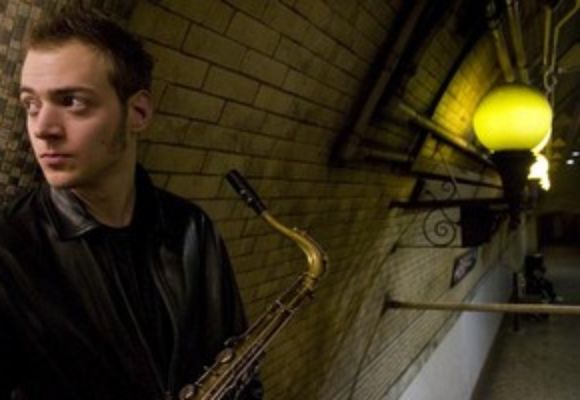 Tenor saxophonist Chris Ward was born in Connecticut in 1982, and began studying music at the age of 9. At 15, Chris was inspired after a fellow saxophonist handed him the Charlie Parker Omnibook. Over the next few years Chris immersed himself in the history of jazz ranging from Charlie Parker and Sonny Rollins to Michael Brecker. He then went on to study Performance and Jazz Composition at the prestigious Berklee College of Music and New York University. Chris studied privately with George Garzone and Frank Tiberi and was a member of many of Berklees top ensembles directed by jazz legends Hal Crook and Joe Lovano. At NYU he studied with Chris Potter, Wayne Krantz, Gil Goldstein, Lenny Pickett and Jean-Michel Pilc.

He has extensive experience as a performer and composer throughout the Boston-NYC area including live performances on Bostons WGBH and at the famed Blue Note Jazz Club with Kenny Werner, John Scofield and Joe Lovano. Ward has also performed on XM Radio and the Tri-C Jazz Festival in Cleveland.

He brings a unique fusion of classical, rock, jazz and electronica to his songs heavily influenced by Bjork, Radiohead and Portishead. In his search for creativity and to help portray his unique sound and ideas, Ward gathered a group of talented musicians together and recorded his debut album, Bridging the Gap.

Chris Ward continues to push the boundaries of his musical landscapes through his live performances.