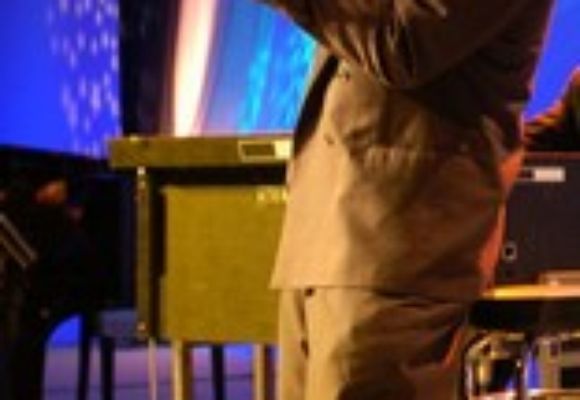 Kevin Louis, a native New Orleanian, is known for his beautiful tone, swinging feel, and soulful improvisations. He has toured at least thirty countries as a performer, clinician and private instructor. This includes five tours through regions such as Africa, the Middle East, and Latin America as a U.S. Department of State/ John F. Kennedy Center Jazz Ambassador. Anyone who has met Kevin will agree that he is that rare talent who has the ability to walk into any room and make people smile. He does it through his personality, and he does it through his music. A testament to his professionalism, clients who have hired Kevin through Jazz Capital Events always call again. Whether for.corporate event entertainment, wedding entertainment, or any other kind of private function, Kevin and his band always make the party. Like any humble artist, he is quick to note those educators who've guided him to this point, and the list is impressive, including such jazz education luminaries as Clyde Kerr Jr., Kenneth Davis, Donald Walden, Stacy Cole, Wendell Logan, Gregory Bandy, Neal Creque, Sir Roland Hanna and Michael Phillip Mossman. Mr. Louis has also has been schooled in classical trumpet technique under the instruction of William Lucas, Byron Pearson, Ronald Benko and Charles Couch. As a performer, Kevin has shared the stage and/or recorded with another impressive list: Bobby Watson, Victor Lewis, Kermit Ruffins, Jimmy Heath, Roland Guerin, Victor Atkins, Carmen Lundy, Curtis Lundy, Nicholas Payton, Gary Bartz, Henry Butler, Jesse Davis, Will Calhoun, Mos Def, The Real Live Show, Peter Martin, Fred Sanders, Shelly Carrol, Donald Edwards, Jon Benitez, Oran Evans, The Duke Ellington Orchestra, The Aaron Thurston Trio, The Howard Fishman Quartet, Kevin Jones & the 10th World, Winard Harper, Ronnie Mathews, Mike Phillips, Onaje Allen Gumbs and many more. Kevin is a 1995 graduate of the New Orleans Center for Creative Arts. He earned a Bachelor of Music in Jazz Performance at Oberlin Conservatory of Music (99), and he holds a Masters of Arts from the Aaron Copelands School of Music at Queens College(01). He currently leads his own group, the Kevin Louis Quartet throughout the New York area, and co-leads the jazz collective The Cultures of Rhythm.