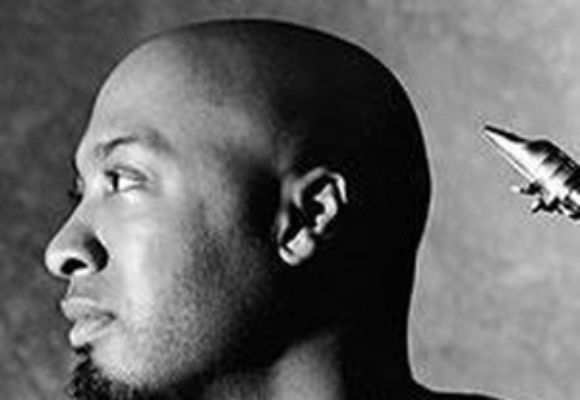 Multi-talented saxophonist Ron Blake inhabits many worlds, and nowhere is this more apparent than on his third release for Mack Avenue, Shayari (shy-ree). Produced by pianist Michael Cain (who also appears on the CD), Shayari (the meaning, in Urdu, a type of ancient poetry consisting of couplets and a highly stylized form of verse considered extremely beautiful) combines fertile ground from each of Blakes worlds to create an extraordinary landscape of its own. Showcased here in an intimate, unplugged, trio setting, the CD also features performances by special guests drummer Jack DeJohnette, bassist Christian McBride, violinist Regina Carter and percussionist Gilmar Gomes.

Blake, a strikingly tall, Virgin Islands-born native, is based in New York City. He is a well-rounded musician and has recorded three CDs as a leader; in addition, his discography numbers more than 50 recordings as either a guest or sideman with leading artists. They include Roy Hargrove; Art Farmer; the Christian McBride Band; Spirit Music Jamia; Red, Hot + Riot; and the Grammy® nominated, Latin pop group, Yerba Buena; also, Blake has recorded soundtracks (most recently on El Cantante starring Marc Anthony/Jennifer Lopez). The multi-talented musician is entering his third season as a member of NBCs Saturday Night Live Band. About the new recording, Shayari, Blake says, This record is more introspective than earlier projects. Its an acoustic collection of trios. Compositionally, it lends itself to some of the ideas introduced on my most recent recording, Sonic Tonic. I worked with Michael Cain to put this recording together; everything stemmed from us trying to find people to collaborate with to create a distinct, aural setting not unlike Sonic Tonic.

That aural setting primarily features the tenor saxophone, the piano, drums and percussion. Blakes broad, tenor tones irradiate all of the 13 tracks buoyed by Michael Cains florid and fluid piano; Gilmar Gomess sympathetic nuances, and Jack DeJohnettes all-world drumming. Some of Shayaris songs are reprises of Blakes older material. The opener Waltz For Gwen, is a pleasing ode to his mother, previously recorded with Blake playing soprano sax on his first outing as a leader, Up Front and Personal, distributed by his (then) own Tahmun Records label. The foreboding piano ostinato drives Atonement, a previously un-recorded Blake composition in two sections, laced with DeJohnettes dramatic fills and solo. Says Blake, The groove on this lends itself to something I would connect with [songs/grooves on] Sonic Tonic [on this CD]; structurally, its a more improvisational approach.