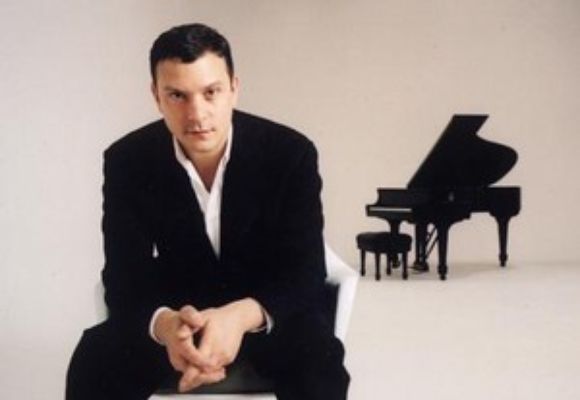 Mr. Waltzer, the pianist, manages a thoughtful modernism that coexists more than peaceably with a buoyant, unselfconscious sense of swing; his trio...is first-rate. - New York Times Ben Waltzer is from Lansing, Michigan and attended the Interlochen Arts Academy where he won awards from Downbeat magazine and the National Association of Jazz Educators. He then enrolled in a double-degree program at the New England Conservatory -- where he studied with pianists Geri Allen and Bevan Manson, and saxophonist Jimmy Giuffre -- and Tufts University. In 1991 Ben transferred to Harvard University to study American History and Literature. While at Harvard, he wrote a thesis on the jazz historian, essayist and novelist Albert Murray. He graduated magna cum laude in 1993 and was the recipient of Harvard's Braverman Award for artistic excellence. Ben then moved to New York to pursue jazz and soon began working with a wide range of dedicated young musicians, including Bill McHenry, Reid Anderson, Jorge Rossy, Leon Parker, Chris Lightcap and Gerald Cleaver. In 1996 he recorded his first cd, For Good, featuring Mr. Rossy and bassist Anderson for the burgeoning Fresh Sound/New Talent record label. Later that year, Ben moved to Barcelona for eight months to perform and teach jazz. While there he recorded Jazz is Where You Find It: Live at the Pipa Club with the tenor saxophonist Bill McHenry, bassist Alexis Cuadrado and drummer Jo Krause which 'Cuadernos De Jazz' named the third-best worldwide jazz release of 1997. Cadence magazine called his next record, In Metropolitan Motion, (2000) a winner because it 'revels in the jazz tradition rather than exploits it'. Allaboutjazz.com referred to it as an inspired statement. JazzTimes magazine hailed it the strongest of Fresh Sound's then latest releases. In addition to his jazz career, Ben has recently delved into the world of television, serving as musical director for, and appearing as a regular on, celebrity designer Isaac Mizrahi's weekly television program on the Oxygen network. On the show he has performed with The Gogos, Jennifer Holiday, Huey Lewis, Valerie Harper, Elmo, Lauren Ambrose (from HBOs 'Six Feet Under'), Dominic Chianese (Uncle Junior from 'The Sopranos'), Christine Ebersole ('42nd Street'), Bebe Nuewirth, Kristin Chenoweth, Lorraine Hunt-Lieberson and many others. Ben composed the show's theme as well as music for Isaac's most recent Target commercial. A new Mizrahi series is currently shooting at E! Entertainment and features Ben as musical director. Ben recently toured the US and Europe with the vocalist and rising star, Madeleine Peyroux. He is an Adjunct Lecturer in Jazz Performance at Columbia University, a faculty member at the Maine Jazz Camp, and has written about jazz for The New York Times, JAZZIZ, the Newark Star Ledger, and other publications. Ben is a 2004 recipient of both Chamber Music America's New Works grant and the CMA/ASCAP Award for Jazz Ensemble. He lives in Brooklyn with his wife, Yasmin Spiro, and their daughter, Bella.