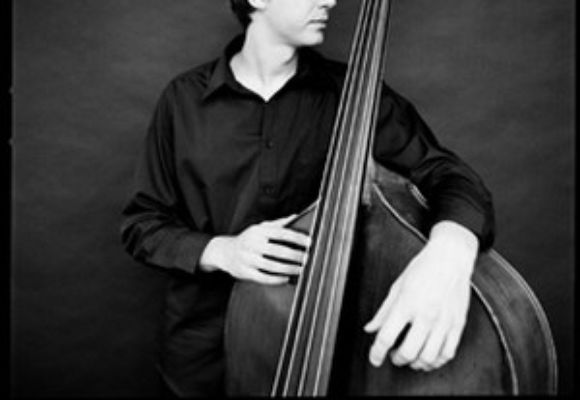 Born and raised in the great beer and steel town of Latrobe, Pennsylvania, Chris Lightcap started out on the piano at age eight, switched to violin at nine and began to teach himself the electric bass at fourteen. He simultaneously played violin in a local youth symphony and took gigs on bass guitar with local rock bands as well as his school's jazz and concert bands. As a senior in high school he started to study the upright bass and the following year he enrolled at Williams College. During this period he studied with jazz bassist Cameron Brown, composers Robert Suderburg, David Kechley and Alvin Lucier, trumpeter Bill Dixon, and the late master bassist Milt Hinton. While attending Wesleyan University for a semester he also had the privilege of studying and performing with master drummer Edward Blackwell shortly before his death in 1992. Upon graduating from Williams with the school's Hutchinson arts grant he moved to his current home, New York City.

Lightcap eventually became busy performing and recording within the city's fertile jazz and contemporary music scenes. He also met many musicians who would become longtime creative collaborators. Meanwhile he continued his writing, contributing music to various cooperative bands and side projects. In 1998 he assembled his own group, featuring Gerald Cleaver on drums and Tony Malaby and Bill McHenry on tenor saxophones. Lightcap's debut as a leader, "Lay-Up", was released in 2000 on Fresh Sound Records and dubbed "one of the year's winners" by the New York Times. It also sat on the CMJ jazz chart for over a month, eventually reaching the #7 slot. In a New York Times review of one of his quartet's performances, Ben Ratliff wrote: "Mr. Lightcap is one of the few musicians working these days who has the breadth and inclination to divide his working life between what's called avant jazz and the mainstream."

Lightcap's quartet released its follow-up on Fresh Sound, "Bigmouth" in early 2003. This latest CD also reached CMJ's top ten and was awarded the highest rating of "Choc" (Shock) by the top Jazz magazine of France, Jazzman. Bigmouth has also enjoyed wide acclaim in such publications as Jazztimes, Cadence, the Village Voice, All About Jazz and Double Bassist.

In addition to an extensive career as a freelance upright and electric bassist, Lightcap is currently touring and playing around NYC with his current group, Bigmouth, featuring Malaby and Mark Turner on tenor saxophones, Craig Taborn on keyboards and Gerald Cleaver on drums. Recently this group received a New York Times review as well as reviews in the Newark Star Ledger and All About Jazz.

Lightcap's composing has also extended to the realms of film scoring and chamber music. Most recently he was comissioned to write "Wiretap" for the new music ensemble counter)induction, which premiered the piece in October of 2006 at the Tenri Cultural Center in New York.

As a sideman Lightcap enjoys work with a wide array of material and musicians, having toured and played major festivals with such bandleaders as Mark Turner, Ravi Coltrane, Joe Morris, Matt Wilson, Ben Monder, Terrel Stafford, and Rob Brown. He performed weekly with the Cecil Taylor Big Band in 1995 and was invited to perform in a trio with Archie Shepp and Sunny Murray in Paris the following year. For the next two years he worked regularly throughout New York City in a trio led by saxophonist George Garzone. In 2000 Chris joined the ensemble of Verve recording artist Regina Carter. He subsequently performed and recorded extensively with Carter for five years, touring throughout four continents and being featured alongside the rest of her quintet with the Boston, Atlanta and Minnesota Symphonies.

He has played on over 40 CDs, including Craig Taborn's "Light Made Lighter" (Thirsty Ear), Regina Carter's "Pagannini: After a Dream" (Verve/Universal) Whit Dickey's "Transonic" (Aum Fidelity), Rob Brown's "Jumping Off the Page" (No More), and Joe Morris' "Underthru" (Omnitone), "A Cloud of Blackbirds"(Aum Fidelity), and "At the Old Office"(Knitting Factory Works). He has also recorded with Tom Harrell, Marc Ribot, Anthony Coleman, Steven Bernstein, Roy Campbell, and Mat Maneri.