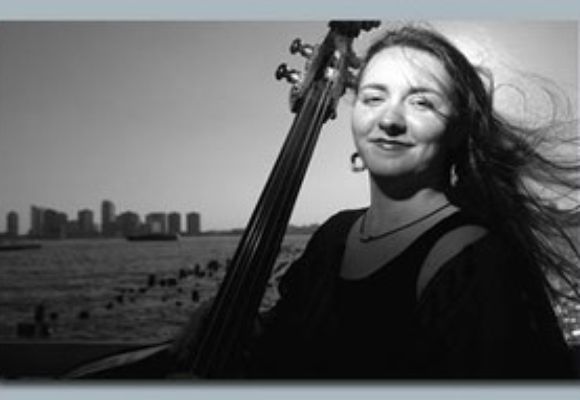 Jennifer Vincent, bassist and cellist, has been an active force on the music scene in New York City for well over a decade. She plays and has played and toured with the likes of Betty Carter, Abbey Lincoln, the famed Boy's Choir of Harlem, Willie Martinez y La Familia, Son Sublime, the Xavier Cougat Orchestra, the Roberto Rodriguez Septet, Carmen Lundy, Harry Whitteaker (longtime artistic director and keyboardist for Roberta Flack), Jon Hendricks, the Duke Ellington Orchestra, and many other jazz and Latin notables.

Jennifer's sound has been characterized as "Cheerfully Blantonian" by the Village Voice. Her bass lines are featured on NBC's 75th Anniversary "Cosby Show Retrospective", and she can be heard on commercials for Lipitor, Marriott Hotels, and Olive Garden. She has played on many film soundtracks, including "90 Miles", a film which won Best Documentary at the 2003 Havana Film Festival. She has been featured on "City Arts", has traveled to South America as a Jazz Ambassador for the State Department, and plays for Lincoln Center's "Meet the Artist" series. All About Jazz has this to say about her: "Bass player Jennifer Vincent shows that she can stay with anyone when it comes to getting a bass to sing....."

Jennifer, who started as a classically-trained cellist at Oberlin Conservatory, is equally comfortable in the jazz, Latin-jazz, and traditional Cuban musical idioms. Her bass teachers include jazz icon Ron Carter, Andy Gonzales, Ed Bennett, Buster Williams, and Cuban bass legend Orlando "Cachaito" Lopez of the Buena Vista Social Club, with whom she traveled to Cuba to study with.

Jennifer delves into music that utilizes West African, Japanese, and Middle Eastern influences with artists such as Sogbety Diomande form the Ivory Coast, the Pan-Asian Chamber Jazz Ensemble, and Algerian pianist Maurice el Medioni's "Descarga Oriental", which won the 2006 BBC Music Award for Best World Crossover. According to Songlines World Music magazine, "Vincent's thick, measured New York Latin Bass, so different from anything el Medioni has previously recorded with, is perfect!". For the past 5 years she has been touring the world over with the Duke Ellington Orchestra, carrying on the tradition of the longest-running and most legendary jazz orchestra in American history.