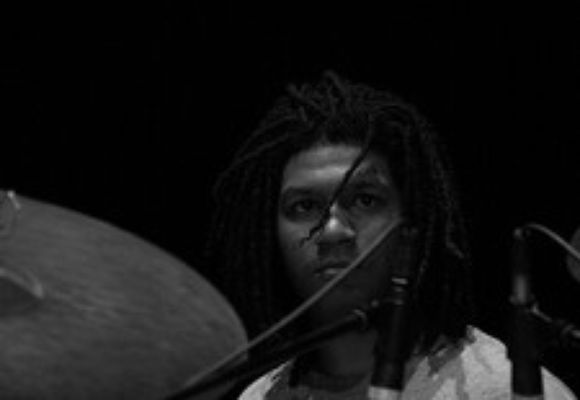 California native Justin Brown began playing the drums when he was just two years old. His talent was recognized early on and Justin was the recipient of full scholarships to a number of prestigious music programs, including the UC Berkeley Young Musician's Summer Program and the Stanford Jazz Workshop's Summer Jazz Camp. By the time he graduated from Berkeley High School, Justin had already performed at several jazz festivals around the United States and was also a member of the National 2002 GRAMMY High School Jazz Combo.

In August 2002, Justin was chosen from numerous applicants from around the country to receive a fellowship to participate in the inaugural Brubeck Institute Jazz Quintet, an intensive performance-based jazz studies program at the University of the Pacific (UOP) in Stockton, CA. After two years at the Brubeck Institute, Justin moved to New York City to attend the Julliard School on full scholarship. Since then, this skilled young drummer has performed and toured with other rising young jazz stars including Vijay Iyer, Peter Apfelbaum, and Rudresh Mahanthappa.