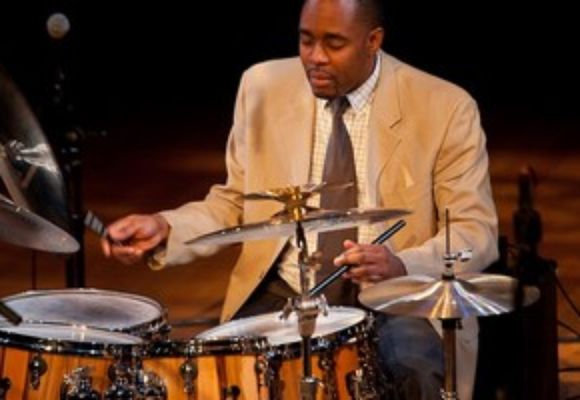 Born and raised in Cleveland Heights, Ohio, Neal Smith has been playing drums since the age of five. By the time he completed high school he had achieved a remarkable list of performance accomplishments and earned an impressive array of awards, scholarships, and honors. With the support of his family, Neal continued his studies at the Oberlin Conservatory of Music where he received a Bachelor of Music in Jazz Studies and Performance, the first African-American to earn a degree in Jazz Studies from the Conservatory.

Neal performs regularly in clubs and concert halls, at colleges and universities, and at U.S. and International Jazz Festivals. Neal leads his own group, which performs original compositions as well as classic arrangements of jazz standards.

Neal also leads his own group, which performs original compositions as well as classic arrangements of jazz standards.

Beyond performing, Neal loves to teach developing drummers. He is currently a Professor at Berklee College of Music (http://www.berklee.edu/people/neal-smith.

Recognizing the need for a record label that focuses exclusively on the production of jazz recordings, Neal founded the NAS label in 2004.