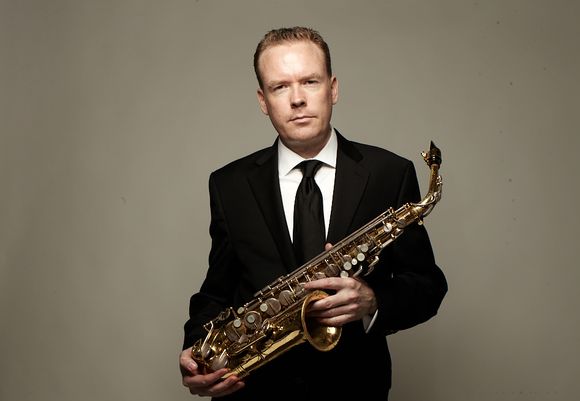 Nick Hempton is an alto and tenor saxophonist, composer and bandleader producing new music in the modern/mainstream tradition. Calling New York home since 2004, he headlines clubs throughout the city, as well as concert halls and festivals around the world. Influenced by the greats of the instrument like Dexter Gordon, Sonny Stitt, Cannonball Adderley, etc, and informed by a youth misspent playing R&B and ska in his native Australia, Hempton’s jazz is original, approachable, and always swinging.

In demand as a sideman as well as a leader, Nick has performed with some of the top names in Jazz and popular music and has been featured on dozens of albums encompassing the full range of popular music styles. He has made numerous television and radio appearances, and has also developed an excellent reputation as a music educator, holding private lessons and masterclasses for school and mature-age students.

The Nick Hempton Band was formed in 2005. As a group, they have played most of the major New York venues, and toured both regionally and internationally. Many years of collaboration have made the group a sharp, cohesive unit, and 2015 sees the release of their fourth studio album, Catch And Release. Always a hit with audiences and musicians alike, the band has a constantly growing fan base, as well as an ever-increasing workload as their notoriety spreads. They'll be playing near you sometime soon. Go hear them! When in New York, the Nick Hempton Band chooses to stay on the couch at the back of Smalls.