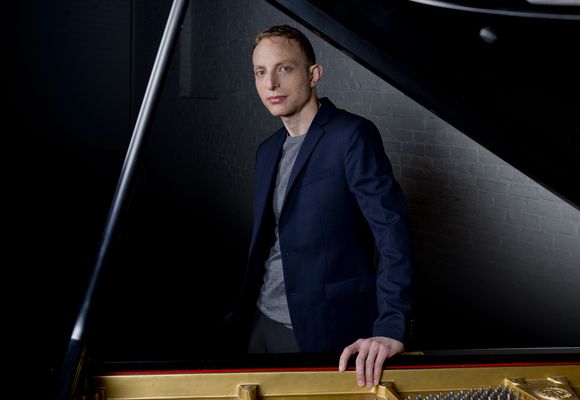 Pianist Noah Haidu has arrived as an important new voice in jazz. He is adventurous and soulful, a daring improviser and a state-of-the-art songwriter. Noah was named a Rising Star by Downbeat Magazine and JazzTimes, while New York Times writer Giovanni Russonello described him as “A performer with focus and vision.” His ambitious 2017 CD release INFINITE DISTANCES (Cellar Live) received a 4 ½ star review in Downbeat Magazine , calling him an “innovative composer.” Downbeat also published an article about Noah entitled SUBVERSIVE SOUL, and made his release a CRITICS PICK. On stage he has captivated audiences around the country and abroad with his artistic vision and breathtaking improvisational style. Noah has played in New York City at The Blue Note, Jazz at Lincoln Center and Birdland while performing and recording with heavyweights such as Ambrose Akinmusire, Mike Stern, Jeremy Pelt, Benny Golson, and many others.

“The cat can play his butt off.” —All About Jazz

“Unquestionably one of the most conﬁdent and impressive of all the new pianists… Haidu is an important new talent.” —Jazzwise

“A rising star in New York’s vibrant jazz scene…Haidu is one of the ﬁnest young jazz lions... With jazz luminaries like trumpeter Jeremy Pelt and alto saxophonist Jon Irabagon gracing the band as part of a core quintet, rising above their powerful performance is quite an accomplishment and Haidu does just that.” — Jazz Times