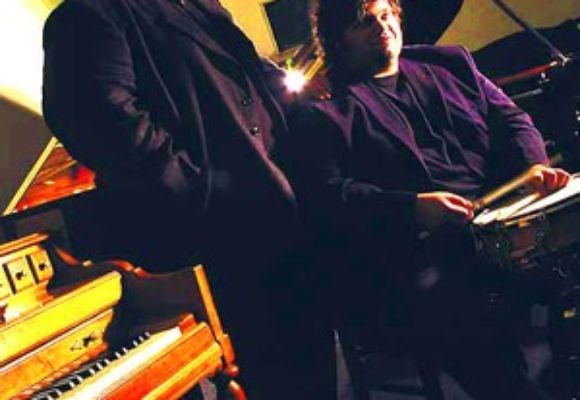 Hailing from Puerto Rico, accomplished pianist and composer Jose Negroni has garnered recognition in the world of Jazz. A disciple of the legendary multi-instrumentalist salsa and Latin Jazz great, Papo Lucca, Negronis career spans over 16 years as a teacher in his islands Music Conservatory. His talent then took him to the States where he worked as Director for Sony Music Publishing for ten years.

Negronis true passion never left him throughout and in 2002 he created Negronis Trio, a truly amazing combination where jazz, classic lyricism and Afro Latin punches merge. Negronis Trio consists of his son Nomar Negroni, a gifted and powerful drummer, and alternating guest bass players including John Benítez, Marco Panascia, Michael Bordelon and Jonathan Estes, amongst others.

A product of the famed Berklee College of Music, Nomars career also includes session work for various great jazz and pop artists and recently was nominated as 2008 Best Drummer of the Year by The Latin Jazz Corner.

Throughout his journey, Negroni performed with the likes of Apollo Sound and was the featured pianist with La Sonora Ponceña when his mentor, the famed Papo Lucca, was unavailable to perform. Simultaneously, Negroni established a successful career as one of the most solicited director, producer and pop music arrangers all while on tour as pianist and director with numerous multinational artists.

Their debut album, Naturaleza/Nature (2003 Universal Music Latino), combines progressive jazz elements, pop and Latin music, while at the same time pays homage to the spirit of his native island. Since its release, Naturaleza/Nature achieved accolades on jazz and new age radio stations throughout the US.

Their third album release Negronis Trio LIVE (2005 NTC) was recorded in a very intimate theatre in Ft. Lauderdale, Florida. Produced by the quality of musicianship and rapport of Negroni and Negronis Trio, resulted in an effervescent set, offering tunes breaking new ground in jazz. A true melodic pleasure that became a good choice for both the occasional listener looking for the best of the band, and also for the hardcore fan who will savour the fine details and musical variants of Negronis Trio.

The Trios most recent release Father & Son (2008 Cacao Music) is not only fresh and intimate, it showcases Negronis unique approach to the Latin-jazz medium, showing us that it is indeed possible to say something new. -Rebeca Mauleón (Jazz Times Magazine). The album is an uncompromising yet totally accessible look at one of the finest working Jazz groups today.

The audiences of Negronis Trio are seduced by their classic lyricism, innovative and fresh piano improvisations - in both standard as well as original repertoire. They repeatedly electrify audiences with the energy and synergy that is transmitted during their live idyllic performances. Negronis Trio holds nothing back  they deliver any emotion one rations themselves - Infused with blissful sensations reeling in listeners in the pursuit of an ideal and ultimate euphoria.