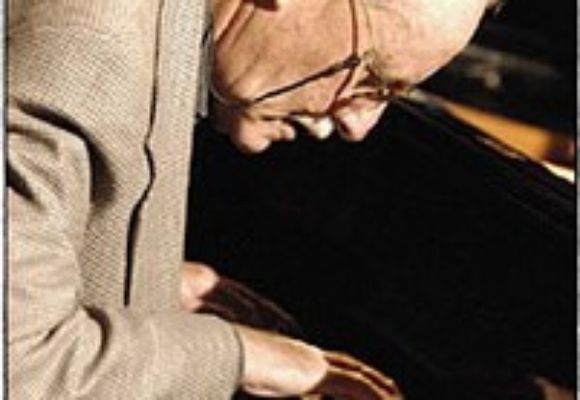 Don Friedman was born May 4, 1935, in San Francisco. His parents loved classical music and they owned a piano. Under their guidance, Don started playing at age four. He began lessons at five with a private teacher named Katherine Swint. Though he had no exposure to jazz at this time Don taught himself to improvise.

When he was 15, his family moved to the San Fernando Valley in Greater Los Angeles. Two years later he began to head regularly for the Hollywood Palladium to hear the bands of Les Brown, Stan Kenton and Billy May. That fueled his love for jazz. Kenton soloists Lee Konitz, Conte Condoli, and Frank Rossolino inspired Don as he transformed his focus from classical music to jazz.

Don studied jazz at Los Angeles City College and also on his own by playing along with records of Charlie Parker, Sonny Rollins and Miles Davis. By the mid 1950s L.A. was the capital of West Coast Jazz and Don was becoming part of it as he worked around town with groups that included Shorty Rogers, Chet Baker, Ornette Coleman, and Scott LaFaro.

At the same time, he displayed his hard bop credentials by gigging with Dexter Gordon. He made his first records as a sideman with trumpeters Hank DeMano and Jack Millman. In 1956 Buddy DeFranco hired him for a tour that included gigs at New Yorks Birdland and Basin Street.

The DeFranco tour was a turning point, and the experience convinced Don in 1958 to leave California for New York. He thrived in Manhattans great and diverse jazz scene of that time. He played with most of the major players and his reputation began to build as a pianist who was going places.

At about the same time, the legendary bass player Scott LaFaro also moved to New York. The two had become close in Los Angeles and now formed a legendary partnership as roommates, friends and fellow jazz pioneers.

During this period in New York City Don played in many settings, including his own trio and with artists such as Pepper Adams, Booker Little, Jimmy Giuffre, Charles Lloyd, Chuck Wayne, Elvin Jones and Herbie Mann.

He initially recorded as a leader for producer Orrin Keepnews at Riverside records from 1961 through 1964. His first three LPs were with his trio. German guitarist Attila Zoller, a close friend, was featured on the fourth. These records were highly acclaimed: three won five stars in Down Beat (its top rating), while the fourth earned four stars. By 1965 Friedman had been named a New Star in Down Beat's annual Critics' Poll.

Late in the 1960s Don began his association with Clark Terry, working in his big band. (He still anchors Terrys hard-working quintet.) He also began teaching at New York University as well as leading its jazz ensemble.

Since then Don has continued to be in demand in New York City as a jazz pianist and educator, while regularly touring the United States, Europe and Japan with top-flight groups. His lyrical style, technical virtuosity and mastery of solo performance continue to draw critical acclaim and respect from his peers.

Friedman is at home playing classic jazz with the likes of Buddy DeFranco and Clark Terry, or avant-garde jazz with the youngest Turks. Collectors snap up his recordings in America, Europe and especially Japan, where he has a remarkably large and loyal fan base. His new trio is appearing in and around New York City and has recently toured Japan.