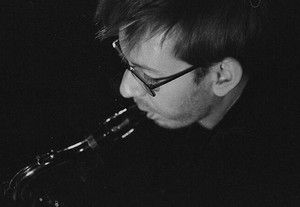 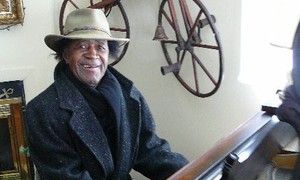 03/27/2009
Smalls
The Legendary Freddie Redd Sextet
Upcoming Shows
Brad Linde is a saxophonist, bandleader, and presenter in the Washington DC metro area. He has worked with legendary musicians including Lee Konitz, Teddy Charles, Barry Harris, Grachan Moncur III, Andrew Cyrille, Joe Chambers, and Dan Tepfer, Matt Wilson, Ethan Iverson, and many others. As an improviser, he currently works in the duo ditch panther with pianist Erika Dohi and with cellist Janel Leppin and guitarist Anthony Pirog in THIRD WHEEL. He composes for his group UNDERWATER GHOST featuring Pirog, Dohi, bassist Nathan Kawaller and drummer Allison Miller, and the quartet collective TEAM PLAYERS (w/ Billy Wolfe, Aaron Quinn and Deric Dickens). Other projects include GINGERBRED (piano-less quartet w/ Carol Morgan) and the avant-trad jazz group DIX OUT (w/ Tara Kannangara, Quinn, Liz Prince, and Dickens). A new collective of improvisers/composers called RAPTOR BILLY (Linde, Dohi, Kannangara, bassist Julian Anderson-Bowes, and drummer Jonathan Taylor) toured in March 2015 and Linde's new saxophone quartet "straightHORN" celebrates the music of Billy Strayhorn with four soprano saxophones including Linde, Kate Olson, Patrick Booth and a random fourth "stray" horn on each performance. In 2010, he founded and began co-directing the Bohemian Caverns Jazz Orchestra - a 17-piece big band in residence at the historic club, and he is the director of the 10-piece chamber group the Brad Linde Ensemble (BLE),the 5 saxophone/rhythm section band "Sax Of A Kind", the big band BLEE (Brad Linde Expanded Ensemble) and the 14-piece BIG OL'.  Brad maintained a long performance relationship with the legendary hardbop pianist/composer Freddie Redd, performing at Smalls Jazz Club, Birdland, JALC and other venues in New York, DC, and Baltimore from 2009 through 2013. He was also the musical director for the Freddie Redd/Butch Warren Quintet. He has co-led a New York-based group with one of the original Tristano School members, tenor saxophonist Ted Brown, since 2010.  From 2011-2014, he was curator of the cutting-edge jazz series at the Atlas Performing Arts Center in Northeast Washington DC, presenting artists including Mark Turner, Steve Coleman, Ambrose Akinmusire, Darcy James Argue and more. He is on faculty at Northern Virginia Community College, the Levine School of Music, and is a contributor to Grove Music Dictionary and Capitalbop.com. He is in demand as a clinician and lecturer on improvisation and jazz history. He was a participant in the Banff International Jazz and Creative Music Workshop 2013 and he studied with Barry Harris and Lee Konitz, among others.