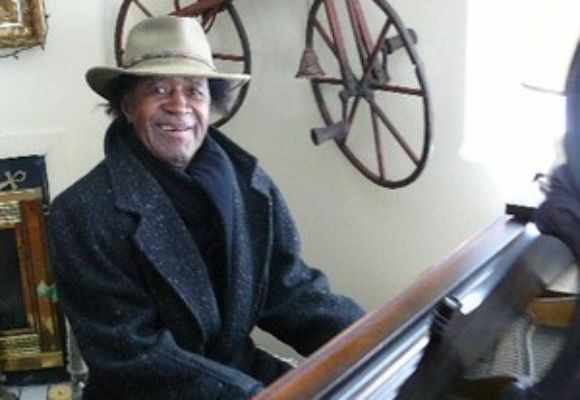 Freddie Redd was born in New York City on May 29th, 1928. His father, a pianist, died before Freddie was two. Redd grew up in a musical family, but he was not interested in the piano at first. Instead, he played drums at school for a while. Growing up in Harlem exposed Redd to a wealth of music, and he used to sneak out of school to go hear Count Basie and Earl Hines at the Apollo Theater. In 1946, he enlisted in the Army, and discovered the music of Charlie Parker and Dizzy Gillespie. He developed a thirst for learning music, especially the emerging bop, and taught himself to play piano.

After leaving the Army in 1949, Redd returned to New York and started frequenting the clubs on 52nd street. His first professional gigs were in Syracuse, where he was accompanied by tenor saxophonist Harold 'Tina' Brooks. Redd then played around Harlem, perfecting his craft. In 1953, he traveled with Cootie Williams, then joined vibraphonist Joe Roland's group. In 1954, he joined Art Blakey's group. In 1956, a tour of Sweden with Rolf Ericson was followed by a brief stint with Charles Mingus. He moved to San Francisco for six months, then returned to New York.

In 1959, Redd was asked to write the score for Jack Gelber's harrowing play about drugs, The Connection, and joined the cast, along with alto saxophonist Jackie McLean. The play, produced by the Living Theater, afforded Redd the opportunity for a steady income. He signed with Blue Note records and recorded the music for the play with McLean, then recorded a second record for the label, Shades of Redd, featuring both McLean and Tina Brooks (McLean's understudy in the play). A third Blue Note session, again with both saxophonists, remained unissued until Mosaic records released it in 1989.

Since the early sixties, Redd has traveled extensively, sometimes moving spontaneously to another city or country. He has lived in Guadalajara, Berlin, Paris, Amsterdam, Los Angeles, New York, San Francisco and even Washington D.C. in the early 1980s. He has recorded sporadically over the years in these various locations. A stay in London resulted in his playing organ on the first album by singer James Taylor on the Beatles' record label. Redd currently resides in Los Angeles.