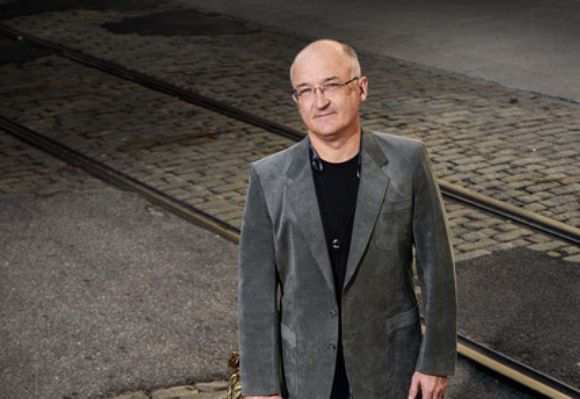 Originally from Napa, California, Tom Christensen was educated at The Eastman School of Music where he received both his Bachelors and Masters degrees. Christensen is now an established saxophonist, woodwind specialist and composer in New York City. For eight years he was a member of The Toshiko Akiyoshi Jazz Orchestra and performed with the Orchestra around the world. He can be heard on their latest recordings as well as on Grammy nominated albums with Joe Lovano, Paquito DRivera, David Sanchez and Don Sebesky. Christensen has also performed with The Maria Schneider Jazz Orchestra, David Liebman, the BMI Jazz Composers Orchestra and The Vanguard Jazz Orchestra. He has also played saxophone and woodwinds for many Broadway shows, television and radio commercials, and numerous film scores. The Tom Christensen Ensemble, formed in 1994 to play Christensens original compositions, frequently performs in New York City and does a series of educational workshops for Carnegie Hall each year in public schools. Tom's first CD "Gualala" came out in 2000 on Naxos Jazz and was followed in 2002 by his second CD "Paths" on Playscape Recordings. In 2003 Christensen was awarded a composition grant from Chamber Music America to write and perform an extended work for the ensemble based on the poetry of Frank OHara. This piece is featured on his 3rd CD New York School released in February 2005 on Playscape Records. New York School was listed as one one the top ten jazz albums of 2003 by All About Jazz. Christensen's latest project is The Kailash Trio, a group he formed with german pianist and Composer Tim Sund and cellist Tomas Ulrich in 2001. Their first CD "Kailash" on Nabel Records came out to critical aclaim in 2005. The band toured Germany in 2007 and will tour the US in the Fall of 2008.