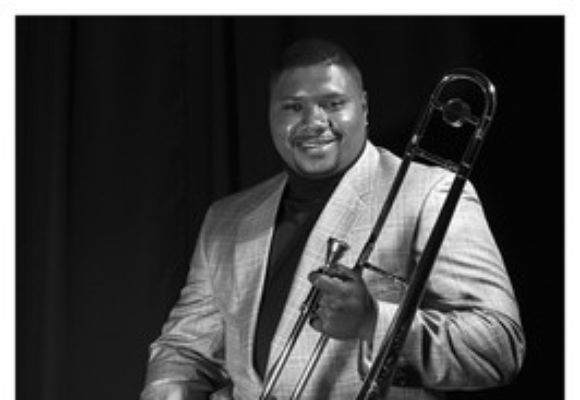 In addition to a thriving solo career, he tours regularly leading the Wycliffe Gordon Quartet, headlining at legendary jazz venues throughout the world. Gordon is a former veteran member of the Wynton Marsalis Septet, Lincoln Center Jazz Orchestra and has been a featured guest artist on Billy Taylor's "Jazz at the Kennedy Center" Series. Gordons extensive performance experience includes work with many of the most renowned jazz performers of the past and present.

Wycliffe Gordon is also a gifted composer and arranger. He was commissioned to compose a vibrant new score for the 1925 classic silent film "Body and Soul" (notable as the screen debut of Paul Robeson), which was premiered at the Lincoln Center Jazz Orchestras 2000-01 season opening night performance at Avery Fisher Hall, and was released on DVD in 2008. Gordon's "I Saw the Light," a musical tribute to Muhammad Ali, was commissioned and premiered by the Brass Band of Battle Creek in March 2004, and is scheduled for release on DVD in 2009.

Gordons compositions have been performed by the Lincoln Center Jazz Orchestra, the Wynton Marsalis Septet, the Wycliffe Gordon Quartet, the Brass Band of Battle Creek and numerous other ensembles, and performed in programs throughout the U.S. and abroad including concert halls in New York, Los Angeles, Aspen, Georgia, Pennsylvania, New Jersey, Germany, London, Finland and Switzerland. Two of Gordons arrangements are also featured as a part of the PBS series "Marsalis on Music." Recent concert seasons have included premieres of compositions by Gordon for a variety of ensembles both in the Unites States and internationally. The first in a series of print editions of his big band, small ensemble and choir compositions will be available by spring of 2009.

Gordons television appearances have included the Grammy Awards, the PBS special documentary "Swingin with the Duke," and two Live from Lincoln Center broadcasts with the Lincoln Center Jazz Orchestra  "Uptown Blues, Ellington at 100" (a collaboration with the New York Philharmonic) and "Big Train." Gordon also appeared in Ken Burns documentary "Jazz." Other television appearances include "A Carnegie Hall Christmas Concert" and "Live from Lincoln Center: The Juilliard School at 100 Years." Gordon is featured in BET's 13-part series "Journey with Jazz at Lincoln Center" and was guest artist and commentator in NPR affiliate WVIA's special program on Tommy Dorsey (along with the late Skitch Henderson, just days before Henderson's death). Gordon also appeared with the Wynton Marsalis Septet in the feature film "Tune In Tomorrow" starring Peter Falk, Keanu Reeves and Barbara Hershey.

Gordon is rapidly becoming one of Americas most persuasive and committed music educators. His work with young musicians and audiences from elementary schools to universities all over the world is extensive, and includes master classes, clinics, workshops, childrens concerts and lectures  powerful evidence of his unique ability to relate musically to people of all ages. Gordon is currently working on a collection of trombone quartets, trios and duos to be entitled "Trombone Majesty," with expected publication in spring of 2009. In addition, his first method book "Basic Training, Exercises and Suggested Studies by Wycliffe Gordon," a compilation of the materials, exercises and approaches he uses in his teaching and in his own practice regimen, will be released in spring of 2009.

Gordon teamed with trombonist Joseph Alessi of the New York Philharmonic and students in both of their studios at Juilliard in creating and presenting the master class "Two Sides of the Slide" for Jazz at Lincoln Center. The master class is available in its entirety as part of a streaming video series offered by the Education Department of Jazz at Lincoln Center. Gordon is the youngest member of the U.S. Statesmen of Jazz, and in many tour performances has served and continues to serve as a musical ambassador for the U.S. State Department.

Born in Waynesboro, Georgia, Gordon was first introduced to music by his late father, Lucius Gordon, a classical pianist and teacher. His interest in the trombone was sparked at age twelve by his elder brother who played the instrument in his junior high school band. Egged on by sibling rivalry, Gordons relentless pleading of his parents led to his first trombone. A year later, an aunt bequeathed the Gordon Family her jazz record collection, and so began his passion for jazz music.