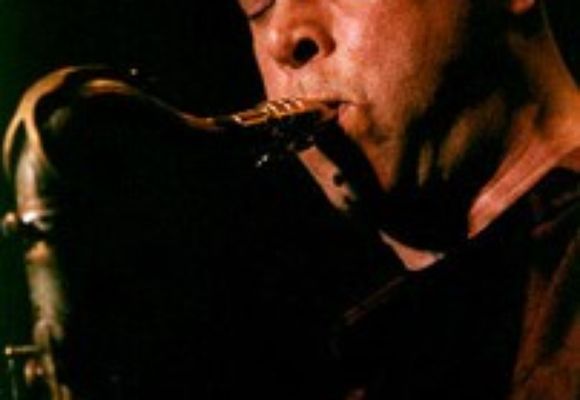 Saxophonist, composer and author Walt Weiskopf began his New York career performing with the Buddy Rich Big Band in 1981 at the age of 21. Since then, he has made an impressive mark as both a leader and sideman with 12 critically-acclaimed CDs and countless sideman credits, including performing and recording with Frank Sinatra, Steely Dan, Donald Fagen and Steve Smith's Jazz Legacy. A dynamic player with enormous technical prowess, Walt is equally well-regarded as a composer and his CDs contain predominantly original work. His five books on advanced topics in improvisation are among the most respected in the field. He lives in New Jersey and is an Associate Professor at the Eastman School of Music.

Walt was born in Augusta, Georgia and grew up outside Syracuse, New York. He took up his first instrument, the clarinet, at age 10 and began his saxophone studies four years later. After graduating from Rochester's Eastman School of Music in three years, he moved to New York City in 1980.

In 1983, Walt began a fourteen-year association with jazz pianist and arranger Toshiko Akiyoshi, making seven recordings and touring the United States, Japan and Europe several times with her orchestra. During this time, he began recording his own material.

Whether for quartet, nonet, or any configuration in between, Walt's compositions and arrangements have attracted fans and critical notice. Simplicity, (Criss Cross Jazz-1993), Walt's first CD as a leader, met with immediate success. It was number one on Eurojazz radio for four straight weeks and caused Mel Martin of Saxophone Journal to write: "Walt Weiskopf's prime influence as a player appears to be John Coltrane, but he is no slavish imitator. He ... gets to musical matters in a powerful and positive way, asserting a definite viewpoint.... He displays much technical accomplishment, yet makes it sound basic and accessible."

Walt's subsequent recordings, from A World Away in 1994 (Criss Cross Jazz) to the most recent Day In Night Out (Criss Cross Jazz - 2008), have also caused a critical stir. In the September 1997 issue of JazzTimes Bill Milkowski counted Walt among his "five most underrated players"; by 2000, Milkowski found that Walt had fulfilled his early promise, and is "...a major talent...a monster tenor saxophonist as well as a prolific composer and accomplished arranger."

Walt's Song for My Mother (Criss Cross Jazz-1994) was awarded four stars in Downbeat. Bret Primack of Jazz Central Station listed Song for My Mother as one of the ten best jazz albums of 1997 and Crusader Magazine chose this recording as its number one Jazz Pick of the Year.

Pianist Bill Cunliffe, winner of the International Thelonious Monk competition, said simply, "Walt Weiskopf is one of the great composers of modern jazz...." (L.A. Jazz Scene, 1997). Zan Stewart called him "a consummate saxophonist, composer and arranger" (Downbeat, 2003). Chris Hovan proclaimed Walt to be "easily one of the most mature and fully individualistic saxophonists and composers to come along in the last 10 years" (All About Jazz, 2002).

Walt has received multiple performance grants from the National Endowment for the Arts. He also was awarded funding for the creation and recording of his 2004 sextet recording Sight to Sound from the Doris Duke Charitable Foundation and Chamber Music America. This suite of ten movements was inspired by the work of visual artists Dali, Picasso, Van Gogh, Miro and others.

Walt co-authored Coltrane: A Player's Guide To His Harmony and The Augmented Scale in Jazz (both pub. Jamey Aebersold) with his saxophone teacher at Eastman, Ramon Ricker. Downbeat's Trent Kynaston called Coltrane "the best treatise I have seen on the study of Coltrane substitutions." In 1994 Walt completed Intervalic Improvisation (pub. Aebersold), a 136-page player's guide used and recommended by saxophone greats James Moody and the late Michael Brecker for broadening the horizons of modern jazz improvisation. Walt's fourth book, Around The Horn, was released in 2001 and he recently completed Beyond The Horn, a sequel, with his former student Ed RosenBerg.

Under the tutelage of clarinetist Leon Russianoff in 1988-89, Walt earned a Master of Arts in clarinet performance from Queens College of the City University of New York. He has performed with a number of notable classical orchestras.