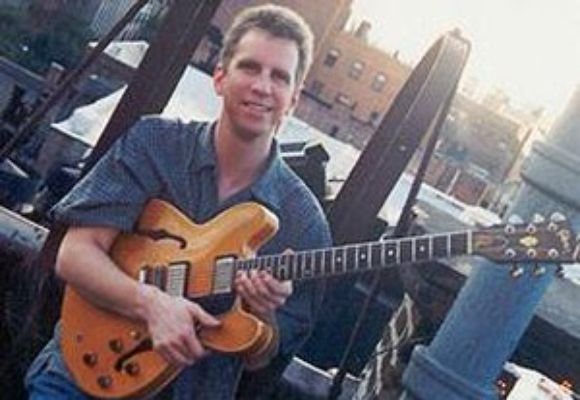 Steve Cardenas has many diverse credits as a performer and recording artist. Beginning his musical career in his hometown of Kansas City, he has been an integral part of the New York City jazz community since 1995.

Steve has performed with many well-known and highly esteemed musicians. Notably, he was a longstanding member of the Paul Motian Electric Bebop Band (which later became the Paul Motian Octet) as well as Joey Baron's band, Killer Joey. Steve is currently a member of the Charlie Haden Liberation Music Orchestra, Steve Swallow Quintet and the Ben Allison Band. He has toured the U.S., Canada, Europe and South America extensively, performing at numerous jazz festivals including the North Sea Jazz Festival and Montreux Jazz Festival several times. In addition, Steve leads his own trio performing at various venues around New York City.

Along with performing and recording, Steve is on faculty at the New School for Jazz and Contemporary Music in New York where he directs the Thelonious Monk Ensemble, the Guitar Duos class and gives private lessons. He has been on faculty at the Siena Summer Jazz Workshop, Stanford Jazz Workshop and Banff International Workshop in Jazz and Creative Music, to mention a few. Steve was also invited as guest faculty for a semester at the California Institute of the Arts in 2003 and 2010. Also, Steve collaborated with editor Don Sickler on a book of Thelonious Monk's compositions through Hal Leonard Publishing. The Thelonious Monk Fakebook marks the premier publishing of all of Monk's compositions together, with many of them appearing for the first time.