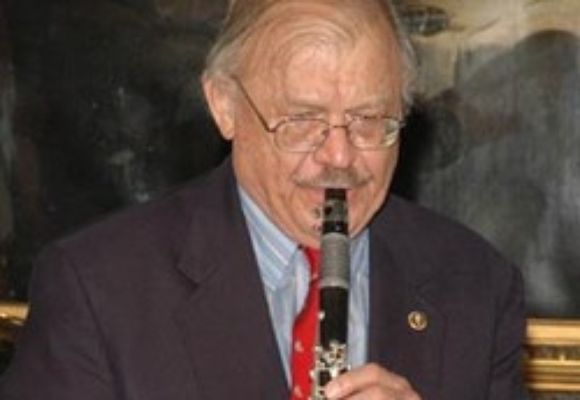 An underrated clarinetist, Joe Muranyi is still best known for being the clarinetist with the final version of the Louis Armstrong All-Stars (1967-71) but he has had an active solo career since then. Although he studied at one point with Lennie Tristano, Muranyi's main musical interest has always been in prebop jazz (primarily Dixieland), although he holds his own in mainstream settings. He played in an Air Force band while in the military for three years. Settling in New York in the early 1950s, Muranyi worked with many all-star players associated with Eddie Condon -- including Jimmy McPartland, Max Kaminsky, Yank Lawson, Bobby Hackett and Red Allen -- although he never became as well-known as those trad giants. Muranyi freelanced throughout much of the 1950s and '60s, including making recordings with the Red Onion Jazz Band (1952-54), Danny Barker and others. He formed the Village Stompers in 1963 and the Dixieland-oriented band toured Japan. After the Armstrong years ended, Muranyi worked with Roy Eldridge, the World's Greatest Jazz Band (1975), Cozy Cole, Lionel Hampton and many European classic jazz players and has continually freelanced. Additionally, he is a fine writer (penning some excellent liner notes), a record producer and a decent vocalist and soprano saxophonist. Muranyi led several dates in the 1970s for Fat Cat's Jazz. ~ Scott Yanow, All Music Guide