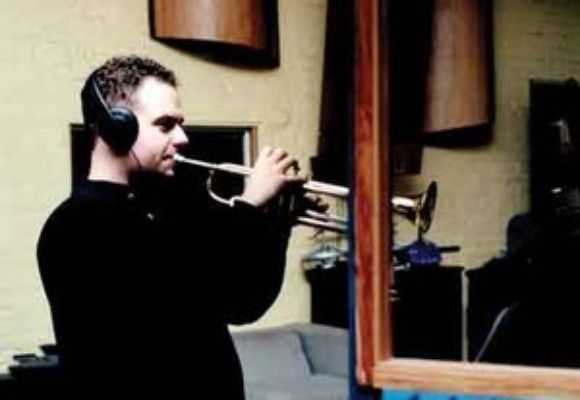 Greg Glassman is emerging as one of the more important young musical artists in New York City. Born in Queens, NY, and raised in the Hudson Valley, the 26 year-old trumpeter and composer has packed a wealth of knowledge and experience into his as yet young career. While obtaining his B.A. in Jazz Trumpet and African-American Music at Oberlin College, he became a full-fledged professional musician,starting at age 17, working with some of the top salsa and merengue bands in Cleveland. He also began performing with some widely-acclaimed jazz artists in the Cleveland/Detroit area, including Greg Bandy and Marcus Belgrave.

He led several groups of his own during this time, honing his leadership and composing skills. Since his arrival in New York in 1998, Greg has shared the stage and the recording studio with many well-known jazz artists including Roswell Rudd, Eric Person, Sherman Irby, John Esposito, Frank Lacy, Sheila Jordan, Wynton Marsalis, Mulgrew Miller, Jimmy Heath, and Bryan Carrott. In 1999, he composed, arranged, and produced a octet recording, The Perfect Matccal arrangement of the title track featuring Jane Monheit. In 2000, Greg earned his M.A. in Jazz Performance at Queens College, under the tutelage of Michael Mossman, Sir Roland Hanna, and Antonio Hart. Throughout his time at Queens, he toured Western Europe, Scandinavia, Russia, and the Caribbean with The Skatalites, a band seminal in the infusing of American bebop and R & B into ska and reggae music in the 1960s.

He is also a protegé of trumpet legend, Clark Terry, who considers Greg to be one of the brightest young talents on the scene today. Greg recently participated in Marcus Belgraves Trumpet Summit, in honor of Mr. Terry, which was the highlight to many of the Detroit Ford Intl Jazz Festival. He also has worked in the educational arena teaching privately, and holding posts as the adjunct teacher of jazz trumpet at the State University of New York at New Paltz, and as resident jazz clinician for Queens College. He is currently focusing on his own band, The Greg Glassman Quartet, whose debut recording, Onward and Upward (Soluna Records), has been getting rave reviews since being released in January of this year, including a favorable rendering in the August 2003 issue of JazzTimes. The groups weekly residency in the East Village club, Niagara, has become a legendary staple of the current New York jazz scene.