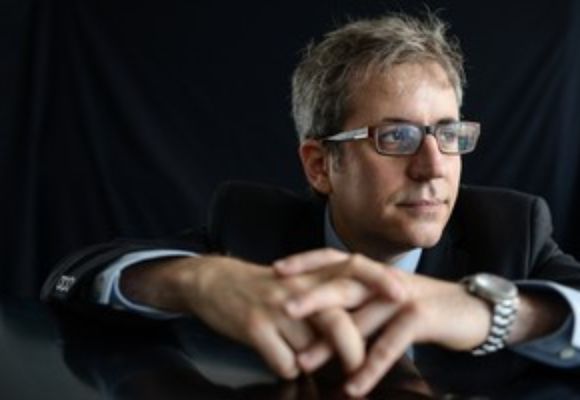 Peter Zak’s latest recording, "Standards", his eleventh as a leader on the SteepleChase label, and a follow-up to his much lauded "The Disciple", is a culmination of years of exploration of classic song repertoire and form. “A few of the selections on this album are tunes I’ve been playing for decades,” the pianist explains, “including ‘Wives and Lovers,’ ‘Star-Crossed Lovers,’ and ‘The Night Has A Thousand Eyes.’ Some of them I’ve only been playing for a short time, like ‘Moon and Sand,’ and ‘I’m All Smiles.’ In every case, the arrangements I’ve come up with are brand new, coming about in preparation for the session.”

Zak is of the opinion that the study and performance of standard songs is a crucial element to learning the language of jazz and improvisation. Arguably the single most important element. “This is something that the greats have typically understood, from Louis Armstrong to Lester Young, Bird to Sonny Rollins to Coltrane, Teddy Wilson to Duke Ellington to Monk to McCoy. It’s what enables you to internalize the form and vocabulary of jazz harmony, and to train your mind to compose music on the spot. To improvise, in other words.”

In assembling and preparing the material for “Standards,” Zak understood that arranging the tunes for the trio would be a large part of the undertaking. “I’ve gotten better over the last ten years or so at voicing melodies and harmonies when I play them with my trio, letting the music come to me, so to speak. Still, I wanted to come up with specific ideas for each of these songs.” For example, “Star-Crossed Lovers” is approached as a bossa, with more of an open-ended harmony than Strayhorn’s original. “Wives and Lovers” is transposed to 4/4 from 3/4, and Zak whizzes through it at a brisk tempo, inspired by the by Miles Davis modal classic “Milestones.”

As to this album’s rhythm team, bassist Jay Anderson and drummer Billy Drummond, Zak points out that he and Anderson had never once played together before the day of the recording session. “Of course I had known about Jay and been an admirer of his playing. (Producer) Nils Winther had recommended him for a couple of my previous dates, and this time it finally worked out. It helps that he and Billy Drummond have done so much together recently with other pianists, including Stanley Cowell and Freddie Redd.” Zak and Drummond have a pretty solid record of collaboration, including the pianist’s albums “The Decider,” from 2010, and 2013’s “The Eternal Triangle,” along with many live performances together.

“Indian Summer” and “I’m All Smiles” both include written bass figures that are doubled with the piano, and a few choice chord substitutions in the former case. “I’ve never been a fan of overly complex arranging of standard tunes, like extensive re-harmonizing. I prefer to think of it as personalizing the tunes, much like McCoy Tyner, Tommy Flanagan, Bill Evans and other pianists I admire are so great at doing. ‘So in Love’ is the most involved of the arrangements in this set. I used some alternate chords in the opening statement of the melody, and the solo choruses alternate between two different keys.”

The trio strikes a more relaxed groove on “I Had the Craziest Dream,” and takes it down a notch on the ballads “I Loves You Porgy,” and “The Very Thought of You.” Of the latter, Zak says it’s “quite possibly one of the greatest American popular songs ever.”

As for “The Night Has a Thousand Eyes,” “it’s tough to get away from the definitive John Coltrane version so I decided to pay tribute to it, with a couple of harmonic twists of my own,” Zak explains. As for “Moon and Sand”, the trio tries to add a little salty spray to the serene setting.

Peter Zakwas born on May 13, 1965, in Los Angeles and grew up in Columbus and Kent, Ohio. When he was five, his mother taught him the basics of piano playing and reading music, and after six months, he began a decade-long series of private lessons, including a period with internationally renowned concert pianist Margaret Baxtresser. After the family moved to Oakland when Zak was 16, he developed an interest in jazz when his high school band director showed him how to play the chord changes to “Stella by Starlight.” Studies with Susan Muscarella, now president of the California Jazz Conservatory, followed at UC Berkeley, where he also played in the UC Jazz Ensembles and earned a B.A. in history. He was soon gigging around Northern California with saxophonist John Handy, among others.

In 2005, Peter received a prestigious $10,000 grant from the Doris Duke Foundation and Chamber Music America to compose and perform a new work for his jazz trio, featuring Al Foster and Paul Gill. The first of two performances of this three-part suite took place at Smoke Jazz Club, and the second at the Jazz Gallery, both in New York City.

Down East, a trio date featuring Peter Washington and Billy Drummond, appeared in the spring of 2011. Among the enthusiastic national and international press for this release was a profile in the September, 2011, issue of DownBeat magazine. This release was followed by Nordic Noon, in 2012, The Eternal Triangle, in 2013, and The Disciple in 2014, which reached #2 on the Jazz Week radio chart.

Peter remains quite busy as a recording sideman as well. His dozens of credits include the recent albums Day In, Night Out, See the Pyramid, Overdrive, and Open Road by Walt Weiskopf; Another Scene and Back East by Doug Webb; Stephen Riley’s Baubles, Bangles and Beads and Haunted Heart; Ryan Kisor's Live at Smalls, and Tom Guarna's Major Minor, among others.

Peter leads his own groups at various venues in and around New York, such as Smalls, Mezzrow, The Kitano, and Smoke, as well as leading national and international appearances, including recent performances at the Copenhagen Jazz Festival, the Zacatecas jazz festival in Mexico, and a tour of Canada as a co-leader with saxophonist Walt Weiskopf. At the same time, he has been performing regularly as a sideman with a host of other artists, including Jim Snidero, Peter Bernstein, Ryan Kisor, Jimmy Cobb, Walt Weiskopf, Carlos Abadie, Doug Webb, and many others, both in the U.S and internationally. In 2011, Peter performed with the Brooklyn Philharmonic as the featured soloist on Gershwin's I Got Rhythm Variations.