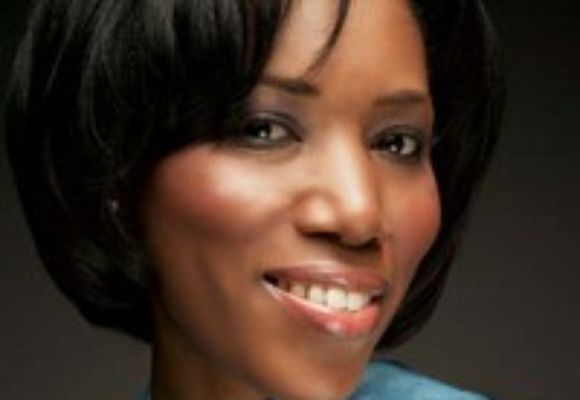 Recording artist Naomi Godet-Taylor is an extraordinary singer with a luxuriant, silky and sophisticated tonality to her voice that speaks straight to the heart - every time!

The last of four girls born to missionary parents, Naomi became absorbed in gospel and classical music before she was able to talk. At the tender age of six, her musical talents really surfaced when she and her sisters performed as an a cappella quartet. Naomis rich alto/clear tenor blend and her ability to harmonize at such a young age came as a pleasant surprise to many. At this early age, Naomi also discovered that she was able to pick up just about any musical instrument for the first time and play away, even though she was never taught to do so.

With her musical talents growing, Naomi spent countless hours listening to singing quartets, captivated by the close harmony and often adding her own creative synchronization to compliment a tune.

From those early days, Naomis singing career encompassed performances with various local choirs and musical groups, including The Bahamas National Youth Choir, the Renaissance Singers and Bel Canto. For four years, Naomi developed her musical talent under the direction and mentoring of Mr. Cleophas Adderley. This was a life changing experience for the talented singer who got the opportunity to venture out of her comfort zone and into the world of classical, spiritual and folk music. Though characterized by her strong-will and decisiveness, Naomi decidedly shied away from solo performances, opting for singing within the security of a line-up or choir.

As the years progressed, Naomis burning desire to hone her musical gift led her to seek private vocal lessons from one of the Bahamas leading Pianists and proficient vocal coach, Mr. Lee Callender. Almost immediately, the transformation began. Naomi quickly came into her own as a solo vocalist, which, until then, was her impossible dream.

Those private lessons were undoubtedly the catalyst for Naomis blossoming singing career. Later that same year, Naomi reconnected with Bassist and Band Leader, Adrian DAguilar. Together, their love and passion for music accelerated Naomis transition into the unique world of Jazz. And though she was the least experienced in the band at the time, Naomi quickly positioned herself as a force to be reckoned with.

Today, Naomis commitment to music and her burning passion for Jazz resonate with those who share her enthusiasm for this musical genre. A Human Resources specialist by day, Naomi transforms into a jazzy showstopper as she enters her musical zone, feeling the groove of each instrument and pouring it all out in her renditions.

With a strong following of a diverse group of Jazz enthusiasts, Naomi is on her way to becoming a household name. Whether its as a result of pouring out a bit of her soul each time she performs or the fact that she truly connects with her audience as she belts out warm, sultry tunes. Naomi leaves listeners with that warm sensation of sitting by the fireplace with a special someone.

I am happiest when I can express my feelings through my music, and my audience gets it. Its a supernatural experience when an artist and her audience, connects, says Naomi, smiling. Her ultimate goal is to create a unified musical community that is committed to excellence.

In March 2008, Naomi released her first recording The Other Side of Love, a compilation of warm and beautiful Jazz standards. The recording features New York Citys renowned pianist, Lou Rainone, along with a fine group of professional musicians, including Saxophonist, Ralph Munnings, Percussionist, Neil Symonette; Bassist, Adrian DAguilar and composer/guitarist, Fred Ferguson. It is truly a sophisticated and sensual treat for the ears and the soul. The Other Side of Love is available at Logos Bookstore in the Harbour Bay Shopping Centre and The Juke Box, Marathon Mall.

You can also catch Naomi performing as the female vocalist for Nassaus hottest Jazz Band, Jazz Etcetera, as they entertain jazz lovers on Wednesday and Sunday evenings at the famous Oyster Bar, in Sandy Port.