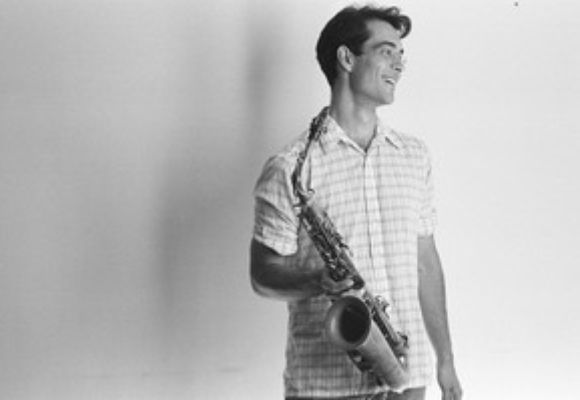 Jacam Mario Manricks is fast establishing himself as one of the most qualified artist/musicians in the world today. He tours internationally as a featured soloist, composer/arranger and clinician throughout Europe, North America and Australia. Jacam has received a number of prestigious awards and scholarships for artistic excellence and has performed with some of the most prestigious national and international artists of our time, including Ray Charles, the Village Vanguard Orchestra, Jeff Tain Watts, David Liebman, Micheal Abene, Bob Mintzer, Dick Oatts, James Morrison, Mike Nock, Jerry Lewis and the Queensland Symphony to name a few.

As a composer, in October 2007 Jacam premiered a series of compositions for Symphony Orchestra and Big Band in New York. The works featured Jacam as alto saxophone soloist and composer and were presented as part of the Manhattan School of Musics 90th Anniversary Celebration Concert. Jacam was also featured as soloist and composer for the Queensland Conservatorium of Musics 50th Anniversary Celebration Concert in September 2007. He was commissioned to write 4 pieces for the Helsinki Polytechnics Pop and Jazz Conservatory in Finland in 2006, a number of different works for the QCM in 2005, and recorded an album of original compositions with his own Jazz ensemble in 2003. Additionally, Jacam has written several compositions for performances by the Manhattan School of Music Jazz Orchestra and the William Paterson University Big Band (New Jersey, USA).

As an ensemble leader, Jacam has presented his music at Jazz festivals and concert venues around the world such as the Wangaratta International Jazz Festival, the Vancouver Convention and Exhibition Center and numerous Jazz venues in New York and North America.

As an educator, Jacam recently completed his first text Principles of Music Theory, which was written, in part, while teaching Jazz Theory for the Manhattan School of Music. Jacam has given master-classes and lectures on Improvisation, Jazz saxophone, Jazz composition and arranging at some of the leading music institutes in the world. They include the Manhattan School of Music, the New School of Jazz and Contemporary Music, the Sydney Conservatorium of Music, the Victorian College of the Arts, the Queensland Conservatorium of Music and the Music Institute. Jacam currently teaches Jazz saxophone and improvisation for the New School of Jazz and Contemporary Music in New York.

Jacam has a Doctor in Musical Arts Degree (DMA) from the Manhattan School of Music, a Masters Degree in Jazz Composition and Arranging and a Bachelor Degree in Music Performance.