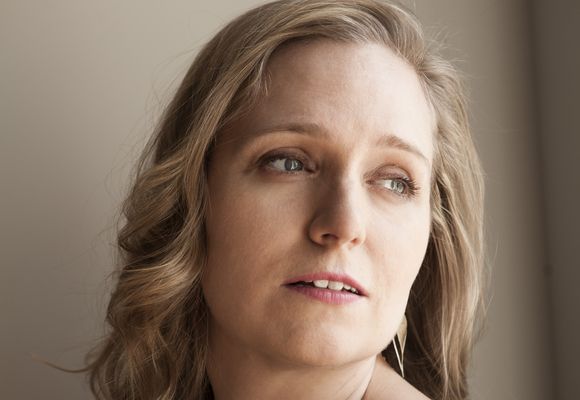 Brenda Earle is a pianist, vocalist, composer and arranger who draws inspiration from jazz, Brazilian, classical and pop to weave together an intriguing sound and style.

Classically trained as a pianist since the age of 4, Brendas musical interests changed at age 15 when she first heard the music of jazz legend Oscar Peterson. She quickly shifted her focus and upon high school graduation she moved to Toronto to attend York Universitys jazz program as a piano major. After three years immersed in the workings of bebop, she spent her final year at York being mentored by boogie woogie/stride guru Bill Westcott. Her final recital consisted of a 90 minute presentation of jazz piano pre-1930, where she covered everything from ragtime to root blues, barrelhouse to Harlem stride.

Although devoted to her piano studies, Brenda found herself drawn to vocalists, especially Carmen McCrae and Ella Fitzgerald. In 1998, she was awarded a full piano scholarship to attend the Banff Centre for the Arts, studying and performing with such jazz luminaries as David Liebman, Kenny Wheeler, Hugh Fraser and Kenny Werner. It was there that she made her vocal debut singing with a jazz ensemble. When she went back to Toronto she formed her first trio as a singer/pianist.

Despite the obvious Diana Krall comparisons, she persevered, trying to find her own sound. She developed a unique repertoire that blended her love of bebop and stride piano with her love of Brazilian music, Classical rep and pop artists like Elvis Costello, Morrissey and Aretha Franklin. Her eclectic sound made her a rising star in the Canadian jazz scene.

In 2000, Brenda decided it was time for a change. She took a gig with Norwegian Cruise Lines, becoming their youngest-ever piano bar entertainer. There, she played piano and sang six nights a week, taking requests for songs from ever imaginable era and style. Her repertoire exploded to over 1000 songs and she became fluent in repertoire by everyone from Elton John to the Dixie Chicks, Elvis Presley to Smokie Robinson. She then moved over to Royal Caribbean, where she became one of their top piano bar entertainers, hosting sing-a-longs every night and traveling all over the Caribbean.

In 2002 with a new-found confidence as a pianist and vocalist, she decided it was time to reconnect with her life in jazz. After a six month stay in New York City, she decided that the Big Apple was to be her new home. She received a substantial grant from the Ontario Arts Council to pursue Graduate Studies in Jazz from the Manhattan School of Music, where she studied voice with Luciana Souza, piano with Garry Dial and improvisation/composition with Dave Liebman. Her talent and skill was immediately recognized around the jazz community and in 2003 she was selected to attend the Betty Carter Jazz Ahead Residency, which culminated in performances at the Kennedy Center in Washington, DC. She was then selected as for the All-Star group, which opened for Herbie Hancock at the Clifford Brown Jazz Festival in Wilmington, DE. In 2005 she was invited back to Jazz Ahead, where she was featured as both pianist and vocalist.

In 2004, Brenda was selected as a winner of the IAJE Sisters in Jazz competition, which identified her as one of the top emerging female jazz artists in the world. She and four other winners, were assembled to perform at the IAJE conference in NYC, opening for Nicholas Payton and the Village Vanguard Orchestra. Two performances at the Mary Lou Williams Jazz Festival at the Kennedy Center followed.

In 2005, Brenda released her second full-length jazz CD entitled Happening, which featured original compositions and unique arrangements of jazz standards and pop covers. This album showcased her eclectic compositional prowess, as well as her New York Band, which included saxophonist and Palmetto recording artist Joel Frahm, drum phenom Bill Campbell and bassist Joe Martin (Kurt Rosenwinkel, John Eliis, Andy Bey). She toured extensively in support of this release, performing all over Canada, the US and a special month-long tour of New Zealand. She received international acclaim in print and internet media, as well as radio play in 27 countries.

Brenda has been featured in numerous magazines and periodicals, including the Washington Post, the Toronto Star, Time Out New York and jazzreview.com. She spent eight weeks in the Top Sellers top ten on jazzpromo.com, and her highly acclaimed CDs All She Needs and Happening achieved extensive radio play in Australia, Indonesia, Europe and in the US and Canada. She has performed with John Riley, Luis Bonilla, Dick Oatts, Hugh Fraser, Pat Labarbra, Mike Murley, Bobby Sanabria, Joel Frahm, Joe Martin and Donny McCaslin.

Brenda is a prolific composer and arranger of instrumental and vocal music. She has composed for chamber orchestra, big band, string quartet, brass quintet and woodwind ensembles as well as over 100 compositions for jazz ensemble. A prolific vocal writer, she has composed/arranged over fifty pieces for jazz vocal ensembles, including two Sacred Jazz Masses. She has been commissioned to write works for such as the Waters Edge Brass Quintet, The SUNY Oneonta Chamber Orchestra, Saddle Brook High School Jazz Band, Cresskill Jazz Ensemble and classical tubist Frank Ortega.

Brenda is also passionate about education and outreach. In addition to her busy private teaching schedule, Brenda tutors at the Manhattan School of Music, is an adjunct instructor at City College in NYC and is on faculty at the New York Summer Music Festival in Oneonta, NY. She is the director of the Kids in the Balcony program for the New York Pops Orchestra, works with families of 9/11 through the Feel the Music Organization and has taught programs at the Brooklyn Youth Chorus, the Diller-Quaile School of Music and the Midlori and Friends foundation.

Although she is a proud Canadian (still drinks Tim Hortons coffee every morning!), Brenda has been based in New York City since 2002, where she maintains a busy performing, writing and teaching schedule.