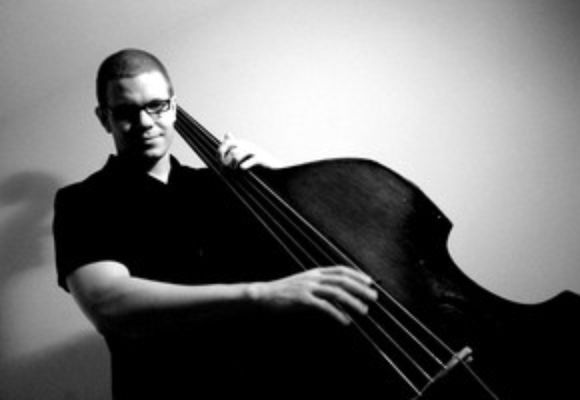 A new presence on the New York jazz scene, Dan Loomis has already become one the most in-demand bassists of his generation. Called a forceful and creative bass player (Cadence) double-teaming you with style and substance (All About Jazz), Dan has created a stir with both his powerful bass playing and his vision as a composer/bandleader. Dan has toured extensively through the US, Canada and Europe with his groups The Dan Loomis Quartet (DLQ), The Wee Trio, Spoke, and as a sideman, winning new audiences and bringing enthusiastic praise from critics.

Dans musical roots lie in the historic jazz town of Saint Louis, Missouri. There he had to fortune to come under the musical mentorship of the bassist Tom Kennedy and pianist Reggie Thomas. Under their guidance and through extensive gigging in the Saint Louis scene, Dan learned the fundamental importance of groove and sound and came away with the firm commitment for music-making that reaches people on a heart level. From Saint Louis Dan stopped in Rochester, NY for a period of intense study at the Eastman School of Music with Jeff Campbell. At Eastman he forged some of his most important musical relationships and found his love and commitment to the contemporary edge of music. Upon graduating with his Masters Degree he was awarded with jazz departments highest award in performance. By then his playing was already receiving national attention; Downbeat magazine selected The Very Tall Band, made up of Dan and his Eastman compatriots, as Best Collegiate Small Ensemble. Dan hand-picked a chord-less quartet composed of two saxophones, bass and drums from that ensemble to form the DLQ, which would record his first album, Tondos.

His second album with the DLQ, I Love Paris, marked Dans arrival in New York, and it earned him quite a welcome, called one the top new releases of 2007 by the noted jazz historian Scott Yanow. This group toured US extensively for much of 2006 and 2007. At the same time Dan kept quite busy as a sideman in New York. In his brief stint in New York, he has already appeared on over 20 albums with styles ranging from jazz to indie-pop to eastern-European-improv music to post-punk. He has been active with a large number of projects including Benny Reids Findings, the Erica VonKleist Quintet, the Jay Collins Trio, the Brian VanArsdale Trio, The Ben Holmes Trio, the Rob Mosher Quartet, Tucksy, The Sultans of Swing, The Trachy/Lacy Collective, The Belly of a Drunken Piano and Lindsay Sullivan Lightbody. His work as a sideman has seen him performing in some New Yorks most prestigious venues including The Blue Note, The Jazz Standard, Birdland, and Jazz at Lincoln Center. He has also toured extensively though the Czech Republic, Italy, Slovakia, Germany, the United Kingdom and Canada.

In 2007 Dan formed two collaborative groups that have showcased the scope of his performance and compositional talents. First, Spoke, with trombonist Andy Hunter, alto saxophonist Justin Wood and drummer Danny Fischer, features some of the most inspired, adventurous improvisers of the new generation of jazz coming together to create a sound that is truly greater than the sum of its parts. Their self-titled debut, Spoke, earned pre-release praise, being called one of the most inventive records weve heard all year (HotHouse). Second, The Wee Trio  with vibraphonist James Westfall and Jared Schonig  created a sonic landscape all their own with their debut album, Capitol Diner, Vol. 1. The album made an immediate stir with the press, who called The Wee Trio definitely a group to watch (Downbeat) and said the trio puts forth a compelling case that they are the ambassadors of the genres future (Saratogian). As glowing as the praise from critics was, fans reacted even more enthusiastically as the trio played to rapt audiences from Los Angeles to New Orleans to Philadelphia to Chicago to New York.

Currently Dan is working on the next release for the Wee Trio, Capitol Diner, Vol. 2, Animal Style  due to be released February 1, 2010. He is also pursuing his new passion, the cello. You can catch him playing cello in a few bands around New York, Arm-Sized Legging and the Justin Wood Strings Project. Upcoming musical projects include the CD release tour of Concord artist, Benny Reids Firelight, and extensive tours with the Wee Trio and Spoke.