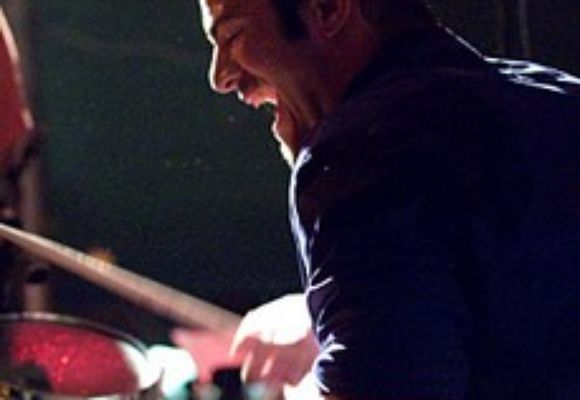 Jared Schonig was born in 1983 in Los Angeles, CA. Influenced by his parents who are both professional musicians, he began playing the piano at age 5 and the drums at age 14. Attending an arts high school, he had numerous opportunities to perform professionally and with various 'all-star bands.' He also won 4 Downbeat Student Music Awards, including a best soloist award his senior year.

He moved east in 2001 to Rochester, NY to attend the Eastman School of Music and graduated with a Bachelors Degree in 2005. Jared was fortunate enough to share the stage with jazz musicians Dave Liebman, Wycliffe Gordon, Wynton Marsalis, Charles Pillow, and Bob Brookmeyer. He also began to perform with vibraphonist Joe Locke and Dr. Lonnie Smith at numerous venues including the Rochester International Jazz Festival. Jared also received 3 more Downbeat Student Music Awards, one for 'Best Soloist' and another for a collaborative small group entitled 'The Very Tall Band,' which was named the top collegiate combo, and includes many musicians he continues to perform with today.

Jared moved to Brooklyn, NY in the fall of 2005 and has been there ever since. He enjoys a very busy performing and recording schedule, and is involved in many different music scenes, such as jazz, rock, pop, and Broadway. He has performed and/or recorded as a sideman with jazz artists Wynton Marsalis, Fred Hersch, Wycliffe Gordon, and many others. He has played in the Broadway and Off-Broadway orchestras of Grease, Everyday Rapture (Sherie Rene Scott) and The Marvelous Wonderettes. In the Summer of '09 Jared was asked to participate in a workshop of a new musical at New York Stage and Film Festival at Vassar College.

In 2007, Jared formed a collaborative called 'The Wee Trio' with vibraphonist James Westfall and bassist Dan Loomis. Starting out with a tour and a record entitled 'Capitol Diner Vol. 1,' the Wee Trio has created quite a buzz from critics, who have called the trio 'definitely a group to watch' (Downbeat) and dubbed the album 'a winning debut' (Boston Globe). The band has toured throughout the nation, including the Northeast, Midwest, South, and California, with plans for a European tour soon.

Aside from performing and recording in the New York City area, Jared also spends a good deal of time touring and teaching. He recently completed a 4-week tour of Europe with jazz guitarist Rudy Linka, and stays busy on the road with the Wee Trio and other projects. He currently teaches at Poly Prep Country Day School and actively manages a private studio of talented young students.