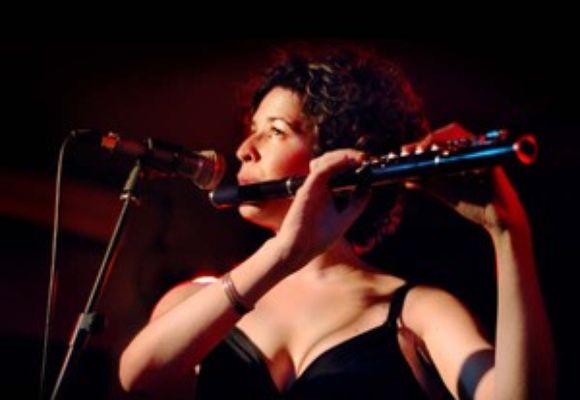 Hadar Noiberg is one of the most versatile and influential flutist, composer and arranger based in New York City.

With a language that transcends her Middle Eastern roots, Hadar seamlessly fuses styles reminiscent of many different cultures making her voice one that is highly distinctive and innovative within the modern world music scene today.

Since a young age she has performed and toured with the Young Israeli Philharmonic Orchestra and arranged for numerous Jazz ensembles. Later she studied composition with the acclaimed David Del Tredici, achieving the honorary ASCAP scholarship for composition.

Hadar has featured with some of the most acclaimed artists such as Dave Valentin, Anat Cohen and the Choro Ensemble, Coco Mama with Mayra Casales, Omer Avital, Alvester Garnett, Joel Frahm, Rufus Reid and many more.