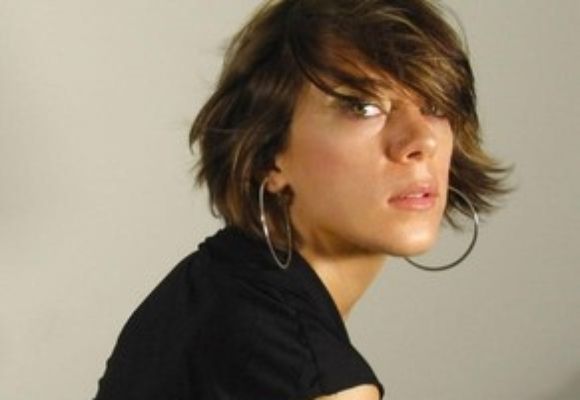 The first thing you notice about Gretchen Parlato is that she's a singer with a deep, almost magical connection to the music," says jazz legend Herbie Hancock. "She takes a lot of chances with her understated style, and it works. Every note is expressive, powerful, and pretty. And most important, her heart is in the right place." Gretchen's petite bearing and vocal enchantments evoked another famed spell-casting pixie for one reviewer, who called Gretchen's 2003 performance with Herbie in Paris "a fairy-tale like show. . . in the universe of Bjork."

With this shrewd, emotive, and subtle approach, Gretchen has quickly created a buzz around New York. She moved from Los Angeles in 2003, after completing the Thelonious Monk Institute of Jazz Performance, where she was the first vocalist ever to be selected by Herbie Hancock, Wayne Shorter, and Terence Blanchard. In 2004, she charmed and awed judges by taking first prize in the Thelonious Monk Jazz Vocals Competition.

Gretchen performed as part of "A Celebration of Jobim" at the Hollywood Bowl with Oscar Castro-Neves, Gal Costa, Ivan Lins, and Dianne Reeves, and at the John F. Kennedy Center for the Performing Arts in Washington D.C. She has performed with Roy Hargrove's Big Band, and provided vocals for Terence Blanchard's 2005 Blue Note album, "Flow", vocals with hip hop DJ Cut Chemist and vocals on Self Scientific's 2005 release "Change.", the soundtrack to the 2004 film "Seeing Other People" starring Jay Mohr and Walt Disneys "A World of Happiness", which also featured such artists as Lou Rawls, Gary Oldman, Deborah Harry, and Isaac Hayes. She has performed with greats such as Herbie Hancock, Wayne Shorter, and Oscar Castro-Neves, and has studied with Terence Blanchard, Dave Holland, and Tierney Sutton. Her sound mixes Jazz, Brazilian, and African elements, creating a unique style all her own. Gretchen recently performed with Wayne Shorter at Jazz a la Villette in Paris, France.

"I think in an inconspicuous way, Gretchen Parlato knows how to play the same instrument that Frank Sinatra played." comments jazz legend, Wayne Shorter. "Theres no one out there like Gretchen."

"The future of jazz is alive and well in the hands of artists such as Gretchen Parlato and Lionel Loueke... Together, they make an irresistibly engaging musical combination... Parlato's voice was a flowing, mobile instrument. At times it blended seamlessly with Loueke's guitar, often in tandem with Loueke's singing. At other times, her warm sound -- a persuasive blend of innocence and irony -- found the heart of tunes... And everything she sang revealed her capacity to become immersed in the music without losing her own interpretive way." -Don Heckman, LA Times