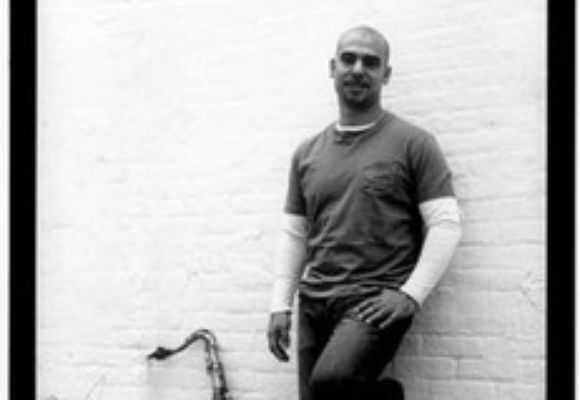 Undoubtedly Jacques Schwarz-Bart shares this vision put forth by the writer Patrick Chamoiseau, The contemporary melting pot of cultures and ethnicities has created a worldwide phenomenon of creolisation.. This New York based jazz saxophonist, praised by major American soul artists, raised by a Black Guadeloupean mother and a French Jewish father-, grew up between Switzerland and Guadeloupe& The son of two award wining novelists, Jacques followed an original and sinuous path that speaks volume about his identity.

He was born in the suburbs of Pointe a Pitre on December 22nd 1962. In those days, it wasnt proper to speak Creole, and playing Gwoka drums was left to Negroes from the woods, fat heels Negroes, who kept alive the spirit of the runaway slaves, the Maroons, and celebrated their African Heritage. These were vividly described in the novel a woman called Solitude by André Schwarz-Bart (1972), through the story of a slave woman that took an important part in the revolt against the French repression in 1802. In Pointe a Pitre, a statue reminds us of this important piece of history, never mentioned in official French school books, and symbolizes the tenacity of a different identity. It is this different identity that is the soil for Jacques inspiration in his new CD.

Jacques Schwarz-Bart comes from this background of parents concerned with Caribbean music, Caribbean history, as shown through their respective works, starting with Pork and Green Bananas, co written by Simone and André in 1967: separation is a great ocean, where many have drowned. Certainly, this reflection alluding to the tragedy of the crossing of the Atlantic from Africa, was food for thought for Jacques Schwarz-Bart, as it defines a common ground between all societies built on the enslavement of Africans, a common geo-historical space, and, furthermore, a common esthetics. As part of that space, both Gwoka and Afro American/Jazz music attempt to exorcise the hopes and torments of the creole soul. Guy Conquete, the great Gwoka poet, foresaw the natural Union of those two musical forms: Cotton fields, sugar cane fields.

Says Jacques, The great common denominator between all the styles I love, being Gwoka, Jazz, or Soul, is that the music starts with the drums. It is all about the feel. The word Gwoka comes from Ngoka, a word from central Africa that means: the drums. It is interesting that gwoka and jazz even shared the same name at one point: Bamboula. Each of these musical forms offers me an opportunity to express my personal feelings and unique story. I always felt that they needed to come together.

With the album Soné Ka la, Jacques Schwarz-Bart is the first musician to fully consume the marriage between Gwoka and Jazz: 2 musical styles coming from the African Diaspora.

Before describing the album, a few words about the author.

His musical path is atypical to say the least. At age 4, he is offered a Gwoka drums. Better yet, Anzala (one of the all time greats along with Velo and Carnot), shows him how to play the 7 fundamental rhythms -Toumblak, Graj, Lewoz, Kalagya, Padjanbel, Mende, Woulé.

At age 6, while living in Switzerland, he discovers Jazz music through his best friends dad record collection. Fascinated, he self teaches the guitar by playing along with records. At 11 he starts gigging with the players of the local Lausanne scene, but soon after, his family relocates in Guadeloupe. There, without a jazz scene, he concentrates on school, to end up in the prestigious School of Government called Sciences Po, and eventually lands a job as a Senators assistant in Paris. He is 24 and seems on his way to social success, until the music bug comes back with a vengeance when he tries a tenor saxophone at a friends house. He practices between his long hours at the senate, and 3 years later, he kicks his career to the curve to attend Berklee School of Music.

Then starts the real life. After practicing into exhaustion for 4 years, he graduates, and develops a reputation by playing with the big guns of the Boston scene such Danilo Perez, Bob Moses, Giovani Hidalgo. When Jacques finally decides to leave for The big Apple, he is ready. One week upon arriving in NY, he has a chance to be heard, in a moment of pure gusto that will shape his destiny. One evening, as he walks in Bradlees Jazz Club, he sees Chucho Valdes, Roy Hargrove and Randy Brecker blowing some hot stuff. Without thinking about it, he plulls his horn, jumps on stage and plays his heart out. One month later, he gets a call from Roy Hargrove to replace David Sanchez in his Latin Jazz band Crisol. Then, early 2000, he enters a new plateau: recording sessions, concerts: he even gets the nick name Brother Jacques. Dangelo came up with it, as he praised Jacques for his contribution to his band. Many others will call upon Jacques services: Roy Hargrove, Erykah Badu, Eric Benet, Meshell Ndegeocello, Mario Canonge, James Hurt, Danilo Perez, Soulive, Ari Hoenig, David Gilmore... The list is now long, for the sax-man who starts getting noticed as a special composer, after his tune Forget Regret becomes the single on Roy Hargroves Hard Groove album.

As such, Jacques Schwarz-Bart has produced several personal projects. After a straight ahead CD entitled Immersion, comes The Brother Jacques Project: a mixture of soul and Jazz, with layers of caribbean rhythms, featuring the special voice of Stephanie McKay.

There is no such thing as one Black Culture, says Jacques. There is a multitude of Black Cultures. It is within this wide spectrum of musical choices, that Jacques has found what sets him apart from other Jazz musicians: The marriage of Jazz and Gwoka. This idea grew inside of him, almost subconsciously, over the years. Says Jacques: this is my oldest project, and yet the one that took the longest to achieve: 15 years since I wrote my first piece in this style. I was waiting to have enough experience as a saxophonist and a composer, before taking on this complex musical chemistry. The point is to fuse the 2 musics according to parameters that are specific enough to guarantee a continuity, a consistency, a unity, while being flexible enough to create a music truly different from song to song, both in the form and emotional content. I tried to weave a plot by declining those initial parameters, like one writes a novel. So that the first theme -the mendé rhythm of the song Pa Palé- goes through many metamorphoses from song to song, with different degrees of tension, all the way to the finale: the Lewoz Rhythm, that rocks the dead on their final journey, the night of their wake, calling them and pushing them through the light.

Jacques brings back to life the spirits of the great ones of old, but makes them speak the languages of gwoka, jazz and soul at once.

The album was recorded between NY and Pointe à Pitre. Code Name: Soné Ka La. Band name: Yon, which means One in creole. Acting as One, the team is in tune with the leader: it brings together a mixture of people from the French Antilles, the US, Africa, and in the middle of all this a piano player from Serbia. Special mention should be made of Benin jazz guitar player Lionel Loueke, who knows a lot about secret rhythms.

The album follows a precise set of rules, making it a remarkable concept album. It is not your typical soloing contest: the songs are short, averaging about 5 minutes, in order to emphasize the flow and contrast between the tunes. Each tune has to be whole and complete, like a planet in a galaxy, while at the same time taking a crucial part in the overall balance. This is a melodic album, says Jacques. every theme can be sung, because in Gwoka music, the human voice fulfills all the melodic functions... On the other hand, I picked harmonies rich in coloration and variation, mainly from Jazz Music. I tried to maintain like an inverted ratio between the 2: the simpler the melody, the richer the harmony. By the same token, rhythmic developments are also used to spice up the simpler melodies.

In the midst, chosen nuggets of soul and funk are tastefully placed here and there thickening the sauce, and giving a modern dimension to the sound. I.e. on his sax, he uses a whah pedal in Pa Palé, a harmonizer in Soné Ka La, a Phaser in Drum and Bass. The keys and guitar are also full of corky modern flavors. Finally, the invisible, but very audible thread, remain the 7 fundamental rhythms of the ka universe. Each of the 7 Rhythms is present. But I wanted to use them in a surprising way. First, throughout the album, the lead drumer -sony Troupé- interacts with themes and solos like a jazz drummer does with his snare. Then, in the song Gwoka, the Kalagya Rhythm is displaced by a beat. In Love, I made a rhythm that combines Graj and Woulé rhythms. In the ballad Ascent, I use a 7 beats sequence of Woulé as an intro, and in between each form. In Drum and Bass, I use a combinaison of mendé and Takuta, in descent, I combine Lewoz with the cuban rhythm called Afro, played with a conga on a poly rhythmic 10 beat pattern. Interpreting those rhythms are 2 drummers from the homeland: on the Boula drum -the lower, assigned with holding the grooves- is Olivier Juste. On the the Markè drum - the higher, in charge of soloing and interacting- is Sonny Troupé. In the middle of these layers of sounds, the saxophonist/flutist is blowing with intense spirit and inspiration: often with pure fire, sometimes taping into a more sensual and dreamlike energy. He uses a rich vocabulary that borrows both from the most modern jazz techniques, and from the melodic and rhythmic traditions of Gwoka music.

But he is not the only one heard in this project. Which is natural after all, for who knows gwoka Music.That is why he invites some of the great voices from Gudeloupe: Jacob Desvarieux, founder of kassav, Admiral T, the new dub master; Jean-Pierre Coquerel, founder of Akyo. And thus, three generations are gathered on the same bill! Three powerful voices that add another layer to this already spicy gumbo. Just like it would happen in a wake ceremony, also called Lewoz, where every body gathers in a transe and participates. The Lewoz is the soul of gwoka music. And my mother when she heard the melody of the last song, grabbed a pen and began writing a poem