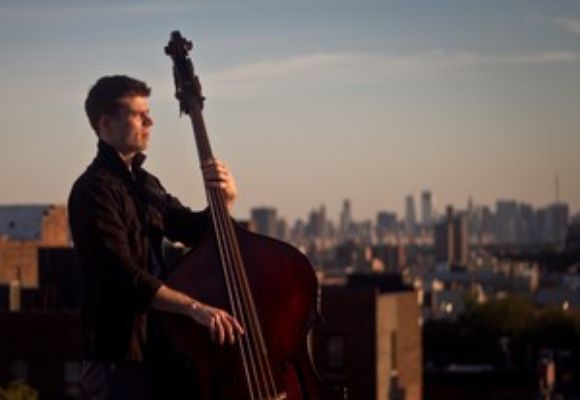 Raised in Cleveland, Ohio, Matthew Rybicki has performed with Wynton Marsalis and the Lincoln Center Jazz Orchestra, Ted Rosenthal, Mark Gould, Wycliffe Gordon, Nnenna Freelon, Renee Fleming, Terell Stafford, Winard Harper, Mark Whitfield, and Victor Goines. He has also had the great fortune of performing at many well-respected venues in New York such as The Village Vanguard and The Blue Note, as well as concert halls and festivals in locations ranging from Italy to Taiwan. Rybicki maintains an active performing schedule, working with his own small ensembles and with many accomplished colleagues and mentors such as Lew Tabackin, Lewis Nash, Dan Nimmer, Oscar Perez, David Berger, Charlie Persip, Charenee Wade, and Loren Schoenberg.

An adept educator, Matthew is an artist/instructor for Jazz at Lincoln Center where he developed and taught the inaugural bass course in the Essentially Ellington Band Director Academy. He has also been the Music Director for several educational performance initiatives, including Jazz in the Schools and hospital tours in conjunction with Lincoln Center for the Performing Arts Department of Program and Services for People with Disabilities. In addition, Rybicki was a program coordinator for school programs by Midori and Friends and has led musical workshops at The Whitney Museum of American Art as part of the museums 2004 Romare Bearden exhibition, and again in 2005 for An American Birthday Adventure where he designed and presented educational performances that incorporate jazz with the fine art showcased at the museum.

With his debut CD, Driven, Matthew has formally entered the jazz scene as a performer and composer of note. Recording with jazz greats Ron Blake, Freddie Hendrix, Gerald Clayton, and Ulysses Owens, he was able to capture innovative and sophisticated performances on newly created original works that maintain ties to the history of jazz.

Matthew received his Bachelor of Music from Berklee College of Music in 1995 and his Artist Diploma from The Juilliard School in 2004.