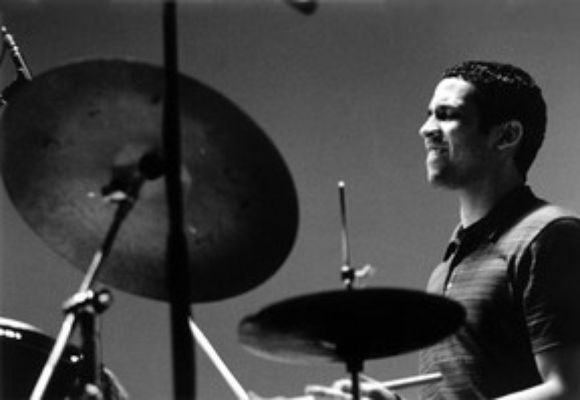 Born in New York in 1970, Cruz was introduced to music at an early age by his father Ray Cruz, a well-known percussionist. Later, he studied with Keith Copeland at Rutgers University in New Jersey and Kenny Washington at the New School in New York City. At the age of 20, he was already working with Charles Sepulveda, the Willie Colon Orchestra, quickly gaining recognition in New York Latin and Jazz circles. Since then, Cruz has gone on to record and tour with such noted groups as the Mingus Dynasty Big Band, David Sanchez Band, Leon Parker Band, Tom Harrell and Chick Corea's Origin Sextet. He's also performed with the likes on Mongo Santamaria, Airto Moreira, Herbie Mann and McCoy Tyner, Paquito D'Rivera and Eddie Palmieri. In all, Cruz's sound has been featured with some of the best bands in the business on more than 30 recordings. Barely out of his 20s, Cruz hasn't allowed his success in playing the music of the others to keep him from developing his own. He recently debuted his own working band in New York to enthusiastic response. Featuring Cruz's compositions and a combination of instrumental and vocal talent, the group engages listeners with material of surprising range and maturity that reflects his eclectic sensibilities while making one thing clear: Cruz's concepts are as solid as his chops.