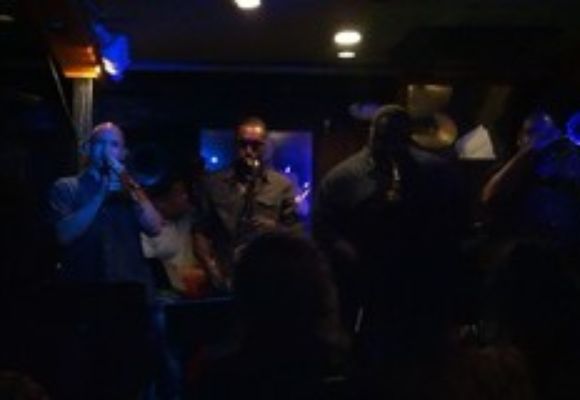 With a big sound and talent for composition and arranging, trombonist and Axiom bandleader Bill Cantrall has been on the rise on the NYC jazz scene. Bill's inspired arrangements and compositions create a strong foundation for spirited soloing from great Axiom bandmembers including Rick Germanson, Stacy Dillard, Freddie Hendrix, Sherman Irby, Ryan Kisor, Gerald Cannon, Dwayne Burno, Abraham Burton. Mark Gross, Montez Coleman,and Darrell Green. It is with this band that Bill has been fortunate to perform throughout the NYC area at clubs including Smoke, the Kitano, Smalls, and the Zinc Bar.

Axiom has been noted for its compositions that "snap, crack, and spark with energy", and for playing with "...rich harmonies, strong sense of modernist swing and relaxed heat..." Their first recording, "Axiom", reached #24 on the JazzWeek radio charts, and their second one, "Live at the Kitano" is due out in August 2012.

Born in NYC, and raised in New York and New Jersey, Bill Cantrall left the east coast to study trombone and electrical engineering at Northwestern University just outside of Chicago. After developing as a player in jazz and latin groups in Chicago, Bill headed back east to NYC to pursue a Master's degree at Queen's College, studying trombone and arranging with Michael Mossman, Sir Roland Hanna, and trombonist Steve Davis. Making NYC his permanent home in 2006, Cantrall has further developed his composing and arranging skills with Axiom, which he formed in 2007.